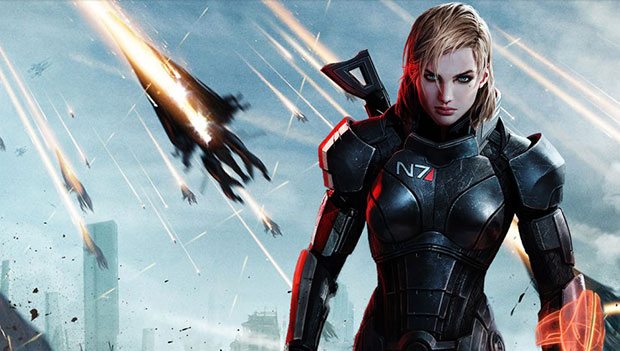 Now that Bioware has the Mass Effect 3 extended cut DLC out of the door and into fan hands, the developer is exploring new opportunities to expand the Mass Effect 3 universe. This past weekend at San Diego Comic Con, Bioware revealed that there is definitely more on the way, and that would likely include more single player DLC.

Bioware explained to Joystiq that new single player DLC for Mass Effect 3 will feature Commander Shepard’s Story, despite how the trilogy concluded. Exactly how they’ll work this DLC into the story of Mass Effect 3 is yet to be seen.

Mass Effect 3 players have gotten a good bit of DLC since the game launched earlier this year, but it has been mostly multiplayer focused. The Earth DLC pack (July 17th) is the fourth such multiplayer update to arrive for the game, and its unclear if Earth will be the last multiplayer update to arrive. While Bioware has definitely catered to those that are enjoying the multiplayer aspects of the game, any single player content, and how it strings into the story, will be a big deal for the large fan-base.

As you can remember, the ending of Mass Effect 3 caused massive fan backlash in the community after Bioware shipped the game with what many thought to be a poor ending to a great Mass Effect trilogy.