Gears of War Xbox One Gets Epic Games Employee 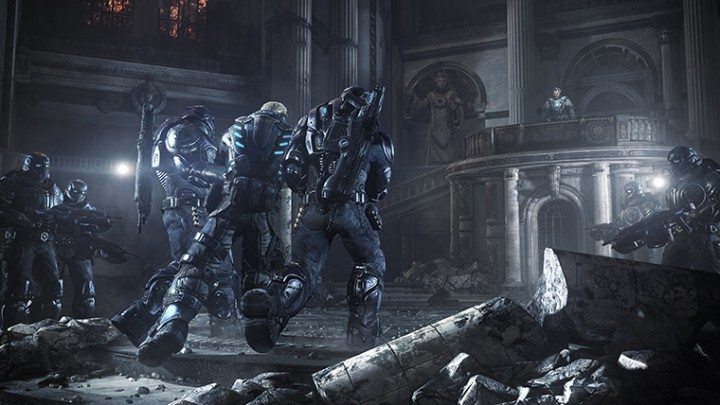 An employee from Epic Games has left the studio to now join Black Tusk to work on Gear of War for Xbox One.

Mitchell was the cinematics director on the previous Gears of War games. He started working at Epic Games back in 2006 where he was a Digital Cinematographer. He worked at the studio for a good nine years, until today where he’ll be joining Black Tusk real soon.

We do know that Black Tusk is working on a new Gears of War game for Xbox One. Microsoft bought the IP from Epic Games a few years ago, so this may have been a reason why Mitchell jumped ship. He may have wanted to still continue working on Gears of War games in the future.

Microsoft has yet to reveal many details on Gear of War for Xbox One. Many people expect an announcement or two to happen at E3 this year. They could be announcing Gears of War 4, or possibly a HD remaster of the trilogy first.

E3 happens in June, so hopefully Microsoft confirms something about Gears of War on Xbox One.