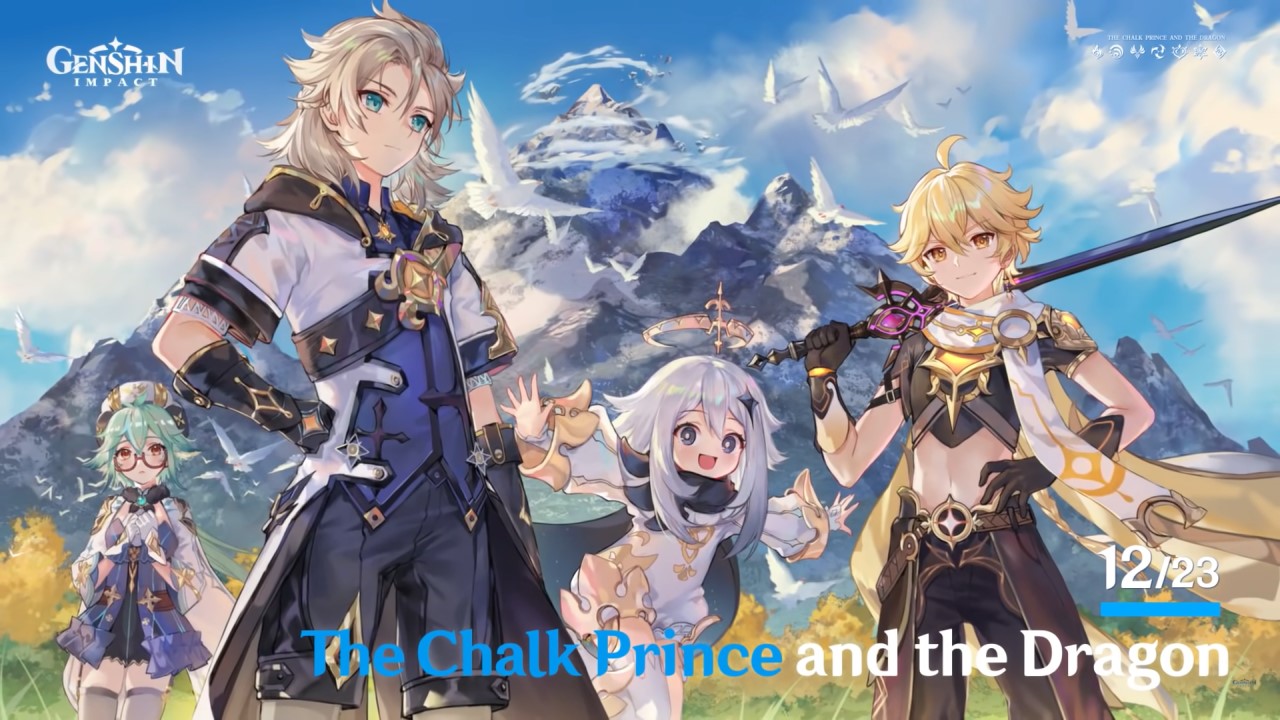 Genshin Impact Update 1.2, The Chalk Prince and the Dragon, will introduce the first new zone to the world of Teyvat. The snowy Dragonspine mountains between Mondstadt and Liyue will slowly freeze Travelers to death, but at least there’s a new sword to obtain if they somehow manage to not become giant anime popsicles.

Update 1.2 marks the first true expansion of Genshin Impact’s map, which has been contained to only the nations of Mondstadt and Liyue thus far. While Dragonspine won’t be as large as either of those two regions, it will feature a healthy amount of new content for current and existing players to dig into. New quests, weapons, events, and more will arrive with The Chalk Prince and the Dragon update, though travelers will need to take caution while exploring Dragonspine.

A dangerous “Sheer Cold” mechanic within the zone will slowly increase over time while players are exposed to the elements. Travelers who allow the Sheer Cold meter to climb too high will start to take damage over time unless they find a source of heat to remove their brutal frostbite. That isn’t how you wanna treat frostbite in the real-world, but we’re talking about a game where you can create fire tornadoes. I think Travelers will find a way to warm-up without issue.

Two story quests will also be added to the game in Update 1.2, one each for the new five-star characters coming to Genshin Impact in the patch. Albedo is a sword-wielding Geo caster from Mondstadt who has already cemented his reputation as a “legendary, genius alchemist” despite his young age, and his quest can be unlocked at Adventure Rank 42. Ganyu, the cryo archer from Liyue will also make her debut, and her quest will be available at Adventure Rank 44.

Returning Travelers who maybe put the game down back in the last month or so may find themselves a bit too far behind to grab those new missions when Update 1.2 drops, but they’ll still have plenty to do within Dragonspine. The titular The Chalk Prince and the Dragon event deploying with the update will feature a powerful four-star sword as its ultimate reward. There will be Dragon’s Teeth to collect for a deadly new spear and other secrets for Travelers to uncover, among other things. Cryo and Hydro artifact sets are being added as well, though Barbara and other Hydro characters may be a no-go within the frozen wastes of Dragonspine.

Genshin Impact Update 1.2 launches later this month on December 23rd, so if you’re behind on your Adventure Rank be sure to log in and knock out your daily commissions at the least. I’m personally looking forward to having more to explore in Genshin Impact, even if I can’t stand the gacha half of the game. As annoying as the monetization may be, Genshin is easily my sleeper-hit of 2020. You can read a more comprehensive breakdown of the update here, and we’ll be sure to share the patch notes for Update 1.2 once they go live.