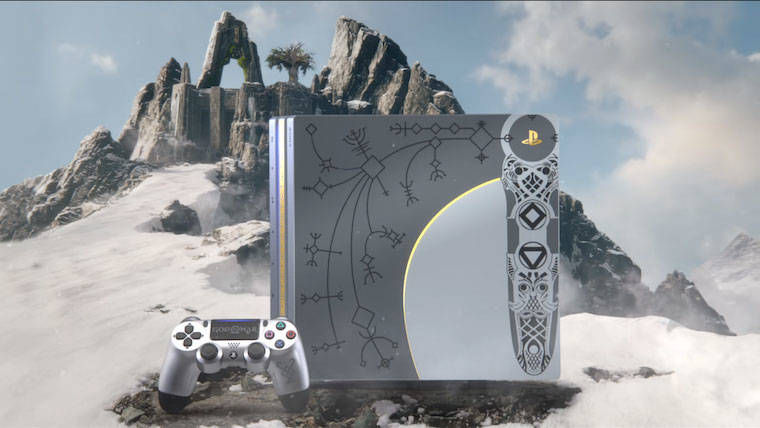 At this point, you’d probably have to be living under a rock to be unaware of the new God of War game coming out this year. It’s one of the most highly anticipated games of the year and is set for release on April 20. Today (March 6), it was officially announced that the game will also have a PS4 Pro bundle.

It was announced on the official PlayStation blog today that the Limited Edition God of War PlayStation 4 Pro bundle will launch alongside the game in April. This bundle will include a PS4 Pro with a design based off of Kratos’ Leviathan Axe from the new game, a gray DualShock 4 controller with the Huldra Brothers brand on it, a physical copy of God of War and unspecified digital content. This bundle will become available for pre-order today in the U.S. and Canada and will cost $399.99 USD or $499.99 CAD, which is pretty good considering this is about how much a new PS4 Pro usually costs on its own. If you’re a big God of War fan but have been holding out on getting a PS4 (or PS4 Pro), this might provide the reason to get one. Pre-orders will be available from here.