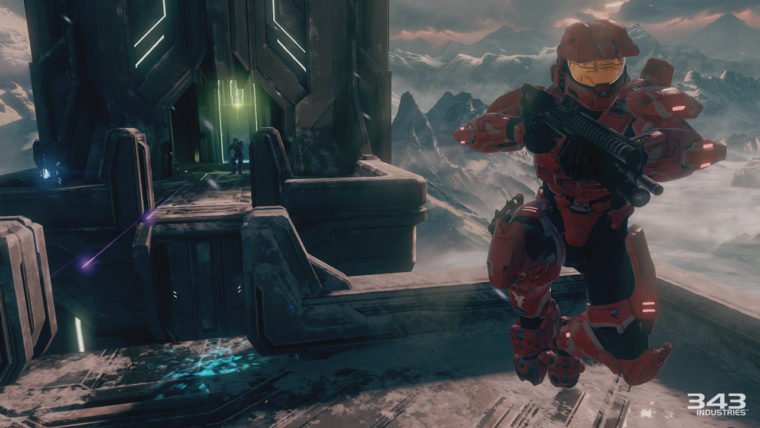 The launch of Halo: The Master Chief Collection has been riddled with bugs, glitches, and other issues. Most of these have been focused on the game’s online matchmaking service, which has been completely broken for many players. While there are still a ton of problems left to deal with, recent updates have helped a lot of players get into the game. This has allowed developer 343 Industriesto begin adding back some of the content that was removed during the panic mode that set in after launch.

The first content to be added back is the fan-requested Halo 2: Anniversary Rumble playlist. This mode pits 10 players against each other on the six remastered maps from Halo 2. For the time being the max players have been raised, so later on it will be dropped to eight, also the playlist is unranked, but will become ranked in the future. This definitely is not a sign that 343 has let up on fixing the problems that are still lingering, in fact they’ve stated elsewhere that they’ll be working non-stop until at least Thanksgiving, but it shows that enough players are getting into games that they feel confident spreading out the playerbase a little.

As 343’s last update revealed the massive content update helped many, but “far too many are not seeing improvements”. Work will likely continue on fixing the problems that continue to plague those gamers, In the meantime though, if matchmaking is working for you, you can enjoy some classic rumble action on the new maps.

Over the weekend 343 also supplied a few tips for those still afflicted by the matchmaking problems. If you are having trouble finding matches be sure to check them out below:

1. Setting your NAT to Open
We’ve found that players who have their NAT set to open tend to have the highest success rates in Matchmaking. For assistance with opening your NAT, head here.

2. Airport Extreme Router Troubleshooting
We’ve found that players who are using Apple Airport routers may have increased difficulty connecting to matches due to the default settings. To optimize your settings for gameplay on Xbox One, follow the below steps to allow teredo tunnels, which is set to “off” by default.