Horizon Zero Dawn: The Board Game Funded in Two Hours

Steamforged steaming ahead with their tabletop take on Guerrilla's action adventure. 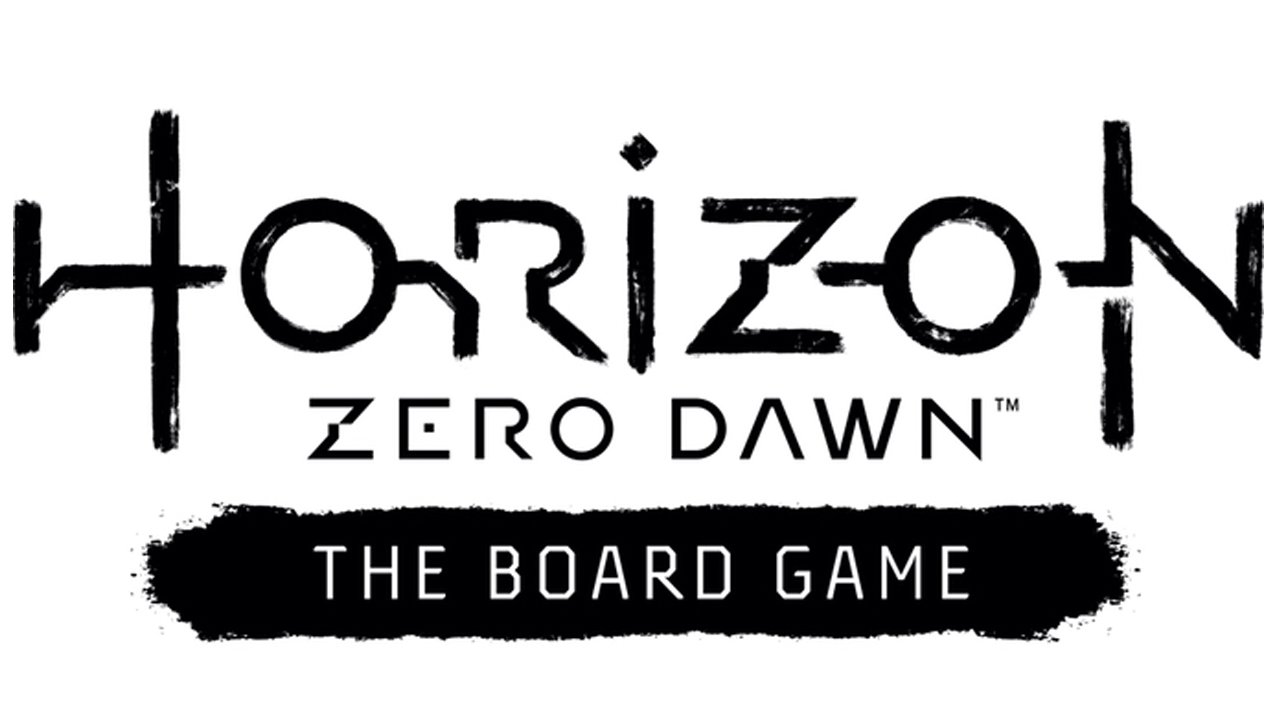 Back at Gen Con 2018, Steamforged Games announced that they would be bringing the beautiful and dangerous world of Horizon Zero Dawn to tabletop gaming.

Steamforged aren’t without clout, considering they have already brought Resident Evil 2 and Dark Souls to the hobby. Both of those games funded quickly and HZD has killed it with over $500,000 already raised of its $200,000 ask. Steamforged have been working closely with Sony and Guerrilla to bring the experience of the game to the much more humble medium.

The game is described as a semi-cooperative tactical game for 1-4 players and the Kickstarter page has this to say about it:

“Assigned a dangerous quarry by the Hunter’s Lodge, players choose a tribe and class for their hunter and embark on an adventure through the wilds. A variety of machines and unexpected events lurk along the way, and awaiting them at the end of the trail is a lethal boss fight.” 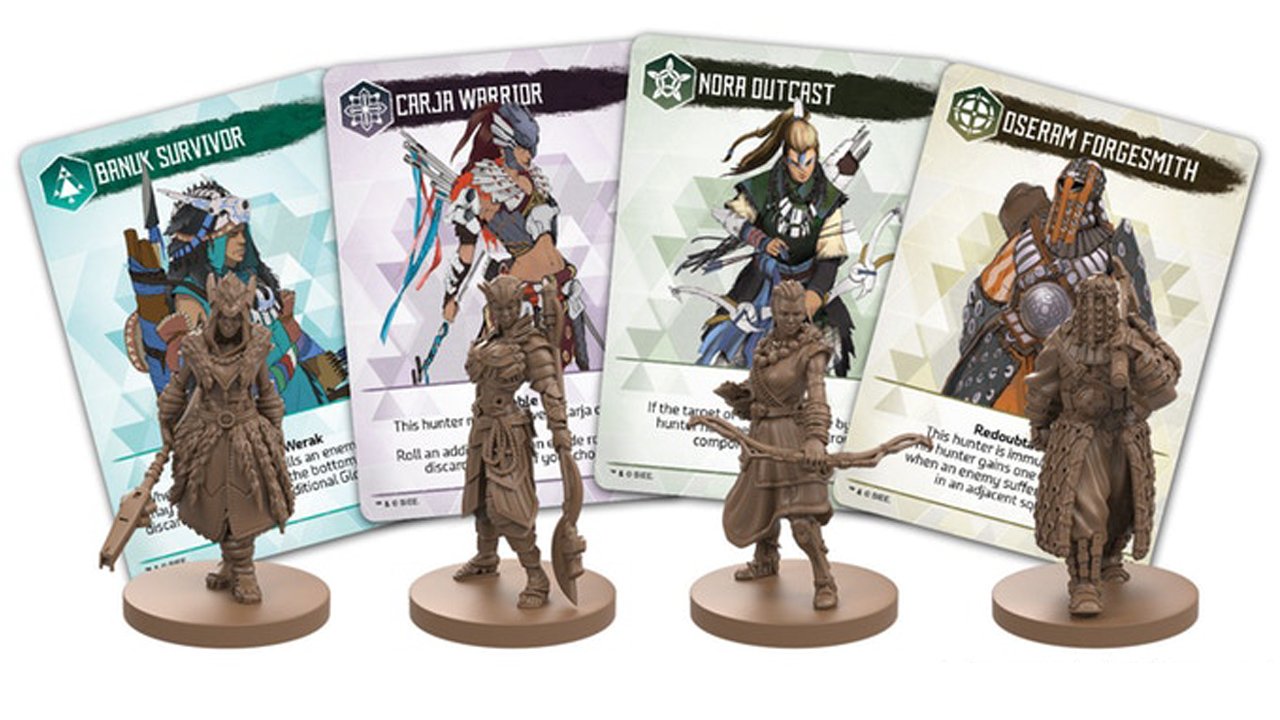 Players choose from a Banuk Survivor, a Carja Warrior, a Nora Outcast and an Oseram Forgesmith, each with unique abilities, to head into the wilderness towards their prey. Steamforged describes the combat as deeply tactical, highlighting that players will be able to sneak through long grass, studying enemy patrol patterns waiting for the perfect moment to strike, echoing the tense gameplay loop of the video game. Players will also be able to visit merchants to buy new and upgrade existing equipment between encounters. The game contains the board, dice, etc. along with four Hunters, four Watchers, four Striders, four Grazers, four Scrappers, two Shell-Walkers and two Sawtooths. 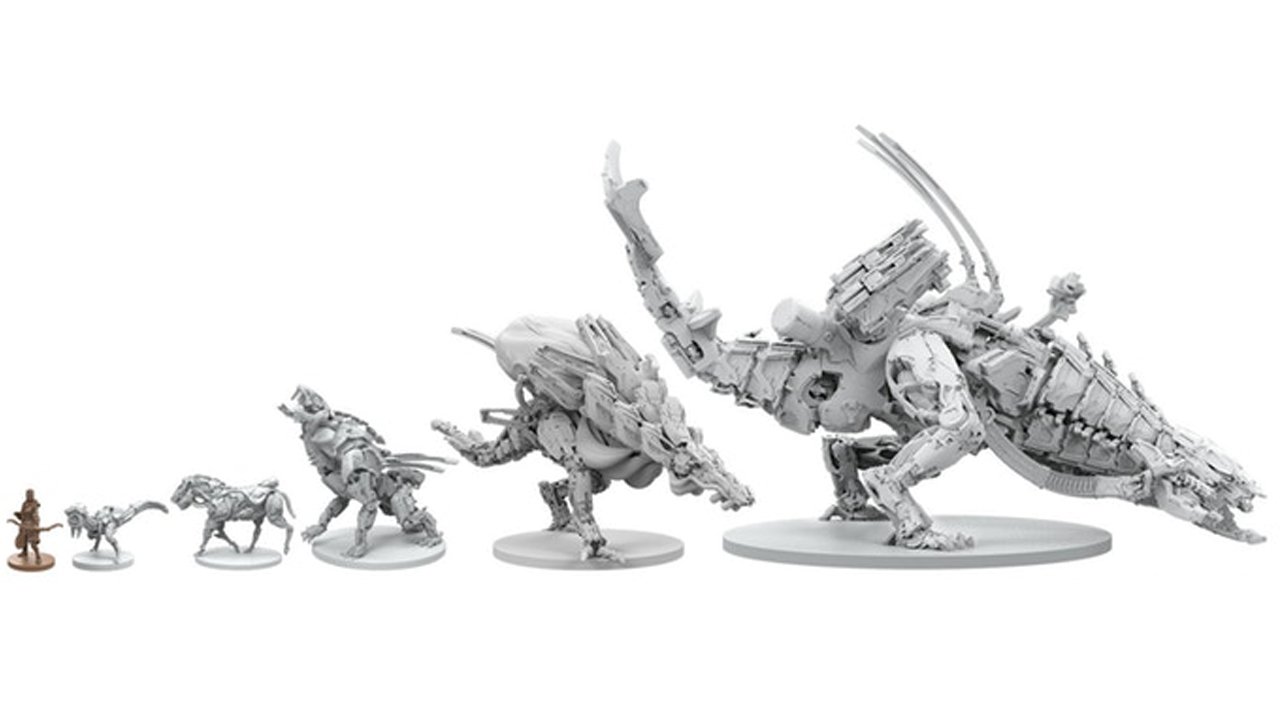 In my article about the announcement I wrote in awe of the Thunderjaw figure and Steamforged have absolutely gone to town on the miniatures. This comes as no surprise given that the game structure seems to revolve around a boss fight, but they have included Sawtooths, Bellowbacks, Snapmaws, Thunderjaws, Stormbirds, Rockbreakers, Scorchers and Frostclaws. That’s right, although the core game takes place after the events of the The Frozen Wilds, the campaign offers a Frozen Wilds Expansion, which adds unique tiles, equipment, Banuk hunters and upgrade cards, along with the steel cold beasts. 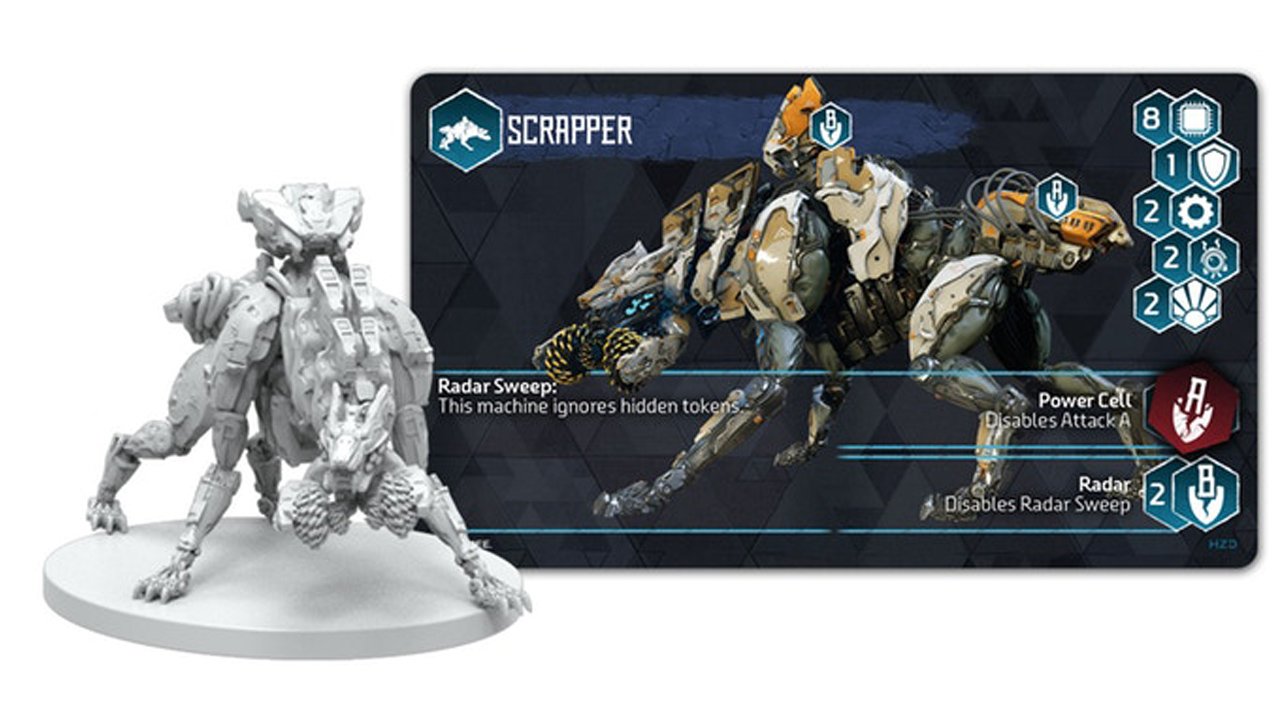 The campaign bundles the core game with the Lawless Badlands Expansion, the Sacred Land Expansion, an exclusive Aloy model and all stretch goals for $130 with a slightly cheaper Early Bird Edition still up for grabs. There’s a lot to the core game and each of the expansions add a bunch of minis and enemy models along with tiles and cards unique to that expansion, making that price point seem VERY reasonable given what’s in the box. The only question now is whether or not it’s fun to play.

Dark Souls brought it $5.4 million once the campaign ended, and with 21 days to go and the dollars screaming in, Horizon Zero Dawn might just top that. Check out the campaign for more info and our review for the video game.

The Horizon Zero Dawn: The Board Game campaign ends on the 28th of September with shipping due to commence 15 months later.