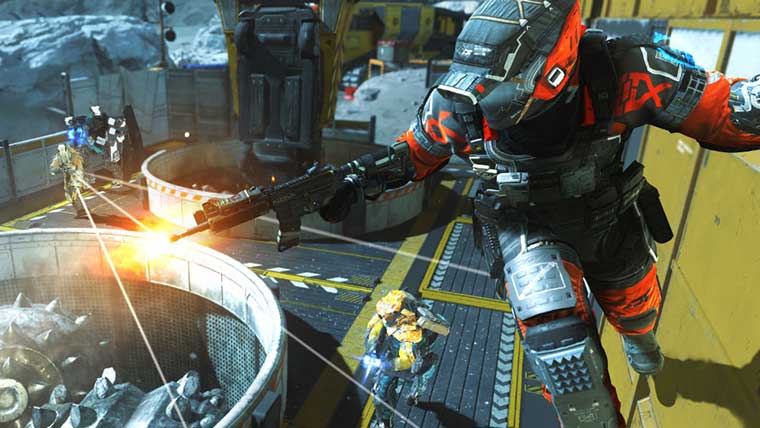 Infinite Warfare DLC 2 is now available on Xbox One and PC after a month’s long wait while the content was on PlayStation 4 exclusively.  This second installment of DLC includes a new Zombies mode in “Shaolin Shuffle,” as well as four new competitive multiplayer maps.

The Continuum DLC for Infinite Warfare features Turista, Scrap, Archive, and Excess as the four multiplayer maps added to the rotation.  Excess is a fan-favorite map re-imagined for the new Call of Duty.  Fans of Modern Warfare 2 will remember it as “Rust.”  One of the more popular maps in that game if only for the sheer chaos possible because of its small size.

Having been out for a month now, DLC 2 Continuum is already a known quantity.  Apparently the new Zombies map is pretty good.  There’s an incredibly deep Easter Egg hunt that has already been completed on PlayStation but now Xbox One owners should get a taste of this for their own.

You can find walkthroughs and guides for Shaolin Shuffle here:  How to get the Katana | Easter Egg | Pack a Punch Guide | Double Pack a Punch

If you purchased the Season Pass for the game, you should be able to download the new content from the in-game store.  If you still need or want to purchase it, it’ll cost you $15 on its own.

PlayStation 4 owners are getting a double dose of exclusive content this month.  While they had Continuum for the better part of it, they also get a full month of exclusivity to the newly released Black Ops III Zombies Chronicles, which was recently released as an expansion to last year’s game.