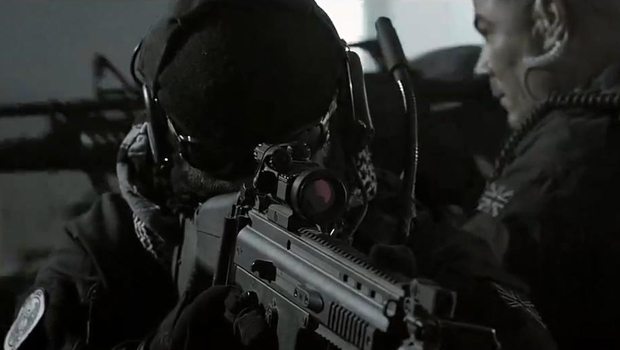 In an official job listing from Activision, Infinity Ward has outed (again) that they’re looking for new talent to help them bring an “exciting unannounced title” to “next generation console systems.” More specifically, they are looking for a Senior Network Engineer with an interest in first person shooters. I could plug a snarky question in here like: “Can you guess what that could be?” Or something even cornier than that, but frankly it’s so obvious and expected what they are working on that I don’t have the desire to use the brain power necessary to create some sort of joke about it.

Not that there’s anything wrong with this, not at all. But seriously, you could see this coming from twenty miles away. It kind of takes the fun out of the surprise. Anyway that’s enough rambling for one news article. Here’s what the job listing says specifically: “Come work with the game industry’s brightest to design and implement high level network code for an exciting unannounced title for next generation console systems. This role is for experienced programmers that have a passion for games and experience with online infrastructure design and development.”

Seeing as how Activision likes to keep Call of Duty on a tight release schedule and if Infinity Ward doesn’t deviate from their usual development cycle, we might expect the first next-gen CoD in November of next year. What the real question is in all of this is, what next generation consoles is Activision referring to? Could it be the Xbox 720 and PS4? The Wii U and Xbox 720? The Wii U and Ps4? All of the above?! Honestly, there’s no way to know for certain. It’s entirely possible (though highly unlikely) that Infinity Ward is just getting a head start on releasing a next-gen title in 2015. The only thing that suggests they are working on systems other than the Wii U, if they are at all, is that they say they are developing said title for multiple “console systems”. We most likely will find out some time in next Spring when Activison formally announces Infinity Ward’s next installment in the Call of Duty series.

In other news, you might have heard that Treyarch’s newest game, Call of Duty: Black Ops 2, is releasing this November on PC, Xbox 360 and PS3. Be sure to follow us during E3 to find out more details on Black Ops 2…unless everyone at Activision takes a blow to the head and forgets to acknowledge their biggest franchise next week.