The latest news in the world of video games at Attack of the Fanboy
July 7th, 2014 by Damian Seeto 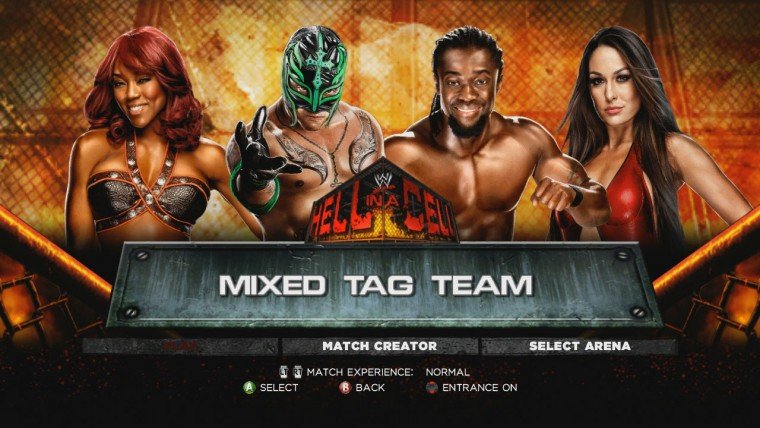 For anyone wanting to know, you still won’t be able to have female vs. male matches in WWE 2K15.

“For years now WWE programming has not featured violence between men and women. The WWE2K series is a reflection of the content you see on WWE programming and so this will not be changing, nor will the removal of censorship in regards to nudity (A Teen rating is what’s #BestforBusiness). In the future, let’s also try and keep discussions of what’s possible through console modifications to a minimum as it starts getting into a weird grey area that isn’t comfortable for a number of parties.”

Ever since 2008, WWE has obliged to a PG rating and females never fight males in the wrestling ring. The games continue to reflect what happens in current WWE programming. The only exceptions are blood and chair shots to the head. These features are still a part of the video games, but not in real life programming.

WWE 2K15 will also feature no nudity. Nudity has never been featured in the video games so this makes sense. Nudity in the WWE has rarely been featured too, unless you count one incident where “The Kat” went topless.