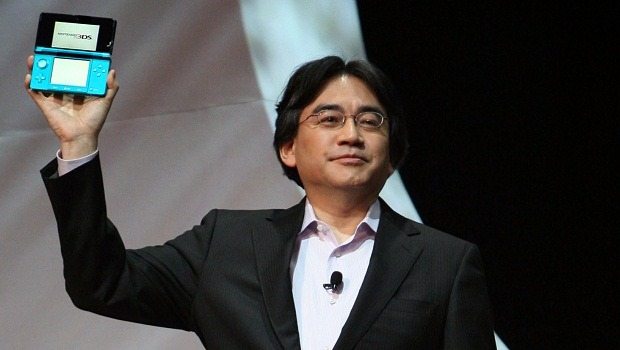 In light of Nintendo’s recent announcement that that the company had lost approximately $837 million in its last fiscal year (the loss marked the first annual operating loss in Nintendo’s history), as well as the news that it would be lowering its profit estimates for 2012, Nintendo President Satoru Iwata was keen to address multiple concerns of stockholders during a Q&A session following the company’s Corporate Management Policy Briefing.

Firstly, Iwata directly addressed Nintendo’s disappointing 2011 finish and the possible reasons as to why the company’s profits saw such a stark drop.

“The result (of lowing profit expectations) will mainly derive from the decision to mark down the price of the Nintendo 3DS and sell it below cost, sacrificing our profitability for this fiscal year, so that we can get it back on track to its originally-anticipated sales pace so as not to shrink our future business (of the Nintendo 3DS),” he said.

Iwata used a chart representation, shown below, to identify the difference in the foreign exchange rates between the time of the launch of the Wii and the present.

“Our overseas sales represent about 80% of the total sales. However, we cannot easily raise the prices of our video game systems even if the yen appreciates,” said Iwata. “If we manufactured commercial-use products without any alternatives in the world, we might have gone to the extreme to increase their prices to respond the stronger yen. But our products are not of that kind. 199 dollars remains the same value for the U.S. consumers both in the past and in the present, and how much our products are worth in yen is of no concern to these consumers. This is also true of the consumers in Europe. I hope you first understand the considerable impact of the yen’s appreciation on our profits.”

Iwata immediately responded to questions in regard to Nintendo’s tradition of one-time sales of packaged software and whether or not the company would seek to increase the ARPU (Average Revenue Per User) for future endeavors. Essentially, such questions were meant to lure Iwata into detailing future DLC policies that Nintendo might have in the works and if it would in fact be willing to stray from its negative attitude toward the very concept of DLC. He stated that the company anticipates that games such as Super Mario 3D Land and Mario Kart 7 will open up various possibilities in the area of micro-transactions for users looking for additional content.

Up until now, once consumers who had bought a game got tired of it, they would never play it and it would never draw public attention again. Having said that, what if we could provide add-on content through the network? As I referred to before, for example, this is the idea of supplying new stages to Super Mario users who want to play the game more but have completed the game and lost interest in the existing stages. This will not only give us new profits but will lengthen the life of a product, in that it will never be out of fashion and can keep attracting public attention as long as many people play it.

While most Nintendo fans are reading the above paragraph in exclamatory jubilance, read on before you get too excited over the possibility of Mario and Zelda DLC captivating you for months on end. However, you will be able to take comfort in knowing that Nintendo plans on creating a much more flexible online infrastructure for digital business purposes.

As a hardware manufacturer, or platform holder, it would be better to present third-party developers with as much freedom as possible. Some say that the guidelines and regulations we previously established are too strict and behind the times, and others say that Nintendo should not put too many restrictions on the features of software targeting the consumers who are familiar with micro-transactions. Therefore, we plan to ensure a relative level of flexibility for the Nintendo 3DS and the Wii U software compatible with the Nintendo Network as long as the developer has built a trusting relationship with consumers, except for the cases that consumers will be too disadvantaged.

Though Iwata and Co. seem dedicated to offering add-on content for users who are willing to pay for it, they also want to go about implementing it in the right fashion. Iwata referenced “a certain degree of strictness” in terms of working with third-party developers wishing to release DLC:

The reason I refer to Nintendo as a software developer is that we have a belief that our games should be a trusted brand for a very wide variety of consumers, including children and casual users who are not so familiar with the trends of video games. Therefore, we would like to have regulations with a certain degree of strictness so that consumers will get a sense of reassurance from our games. I am not saying that Nintendo is better than third-party developers. Each developer has its own customer base, and we should be more careful with this point for Nintendo consumers.

I for one applaud Nintendo for attempting to protect their consumer base from rampant DLC practices which incrementally nickel-and-dime customers to death, but unfortunately, Nintendo is perhaps the wrong company to take a stand. Nintendo is notorious for having a non-existent online community and horrendous third-party support. Outright telling developers that certain add-on content won’t fly unless it meets Nintendo’s “Seal of Quality” regulations is probably not the best way to go about gaining business relationships with them.

Nintendo currently suffers from having a pretty blank resume when it comes to third-party titles. If these developers feel as if they are restricted when working with the Wii U, a console which many developers have already stated will be challenging to develop for, Nintendo’s next-gen console may not garner the third-party support it so desperately needs.

The Nintendo President also didn’t shy away from taking a subtle shot at the company’s competitors, mainly Microsoft and Sony, who Iwata believes place too much emphasis on a particular game’s graphical prowess and the big-budgets behind them.

“We decided to make a proposal of an additional screen into the Wii U controller because developers could think of a variety of different possibilities here and there of using both a big TV screen and a screen in a player’s hand,” Iwata said. “As we will showcase the Wii U at E3 in June this year, the detailed announcements must wait until then, but we are aiming to make a system which shall not be forced into competing with the others where the contenders can fight only with massive developer resources and long development times as their weapons.”