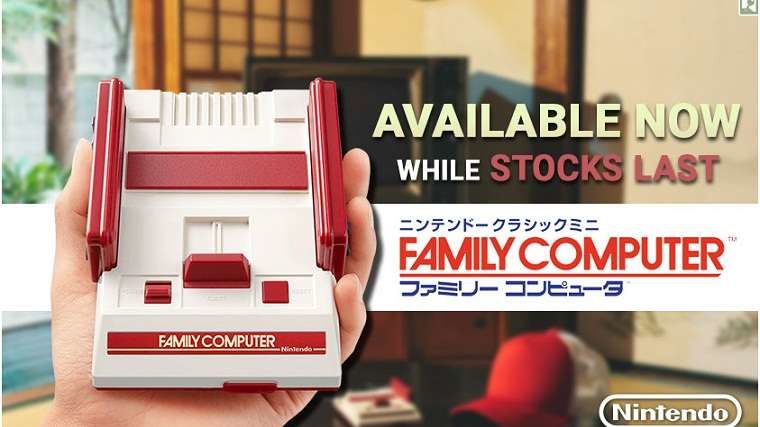 The Western version of the NES Classic might be sold out everywhere, but Play-Asia has announced that it has the Japan Famicom Mini in stock.

Play-Asia announced on its official website that stock is now available for the NES Classic Mini Famicom. The listing shows that the device goes for a price of $129.99USD. Play-Asia ships worldwide so you can import it if you live overseas.

The Japanese Famicom has some slight differences compared to the Western version of the NES Classic. This includes controllers that are wired to the console itself. This is the same way it was in the original.

Not to mention the Famicom Mini includes some different games. There are still 30 games pre-loaded, although eight of them are different. You can check out the full list below. The last eight are exclusive to Japan.

It’s worth mentioning if you plan on buying this console, the games are all in Japanese. Aside from that and the game list, it’s the same console with connections via HDMI and more.

As always, stock is limited so you have to be quick to get this console. If the $129.99USD price isn’t your cup of tea, you can always wait for Western retailers to stock up on the NES Classic next year.