The latest news in the world of video games at Attack of the Fanboy
September 12th, 2017 by Dylan Siegler 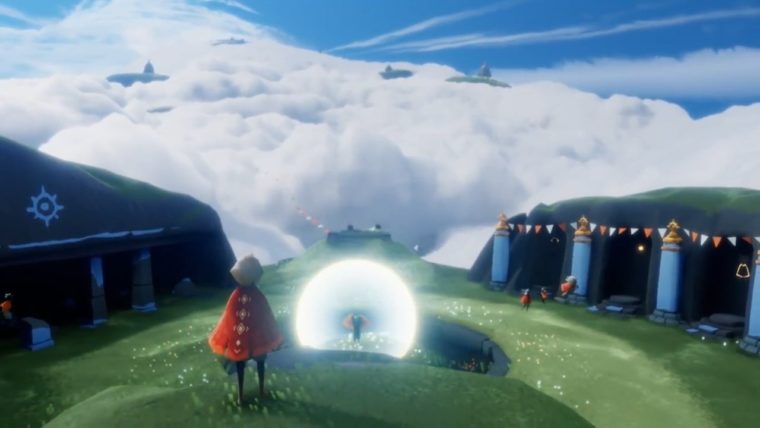 Back in 2012, indie developer thatgamecompany came out of nowhere with Journey, which used unique visuals and accompanying music to gain a massive cult following. Since Journey‘s release, however, the company has been kind of off the radar. That is, until recently.

Today (September 12), during Apple’s iPhone event, thatgamecompany returned to announce their new game Sky. Unlike Journey, which was exclusive to Sony consoles, Polygon explains that Sky will be exclusive to Apple products, meaning you’ll only be able to play it on either an iPhone, iPad or Apple TV. Based on the game’s trailer, it seems that Sky will follow in the footsteps of its predecessors Journey and Flower as a relaxing, lighthearted adventure, this time taking players through a cloudy skyscape.

In a Q&A with thatgamecompany’s Jenova Chen, Chen explains that Sky is about cooperation and connection to others. Chen goes on to explain that the decision to have the new game come to mobile platforms came from the increasing demand from fans to be able to share thatgamecompany’s games easily with friends and family who are not gamers. You can watch the full Q&A below.

A specific release date for the game has yet to be announced, but thatgamecompany promises that it is “coming soon.”