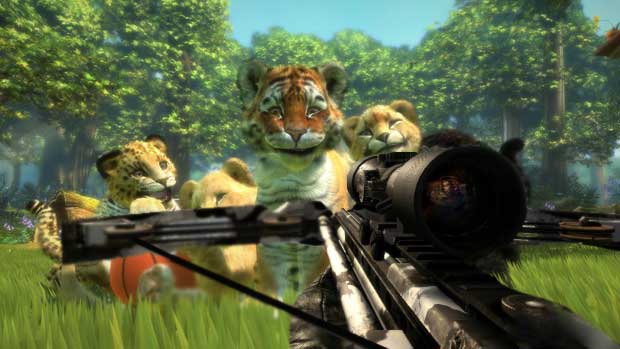 Microsoft’s Kinect will be getting a controller peripheral very soon.  Accompanying Cabela’s Big Game Hunter 2012, the game will ship with a gun peripheral called the” Top Shot Sport”.  The gun will interact with the Kinect device by using three light bulbs that are said to relay information to the camera.  Explained by MTV, the gun is said to resemble a PlayStation Move wand, with trigger presses turning the bulb on the end of the device a different color.

Sensors within the device are also said to allow the Kinect to track your body movement.  Details were slim, and whether or not there are any other games on the horizon that plan to use add-on controllers for the Kinect were not revealed.  Though this could signal that shooters are looking to the possibility of borrowing some of the features that make the PlayStation Move’s Sharpshooter peripheral a perfect match for the genre.