The internet quickly jumped on this one. 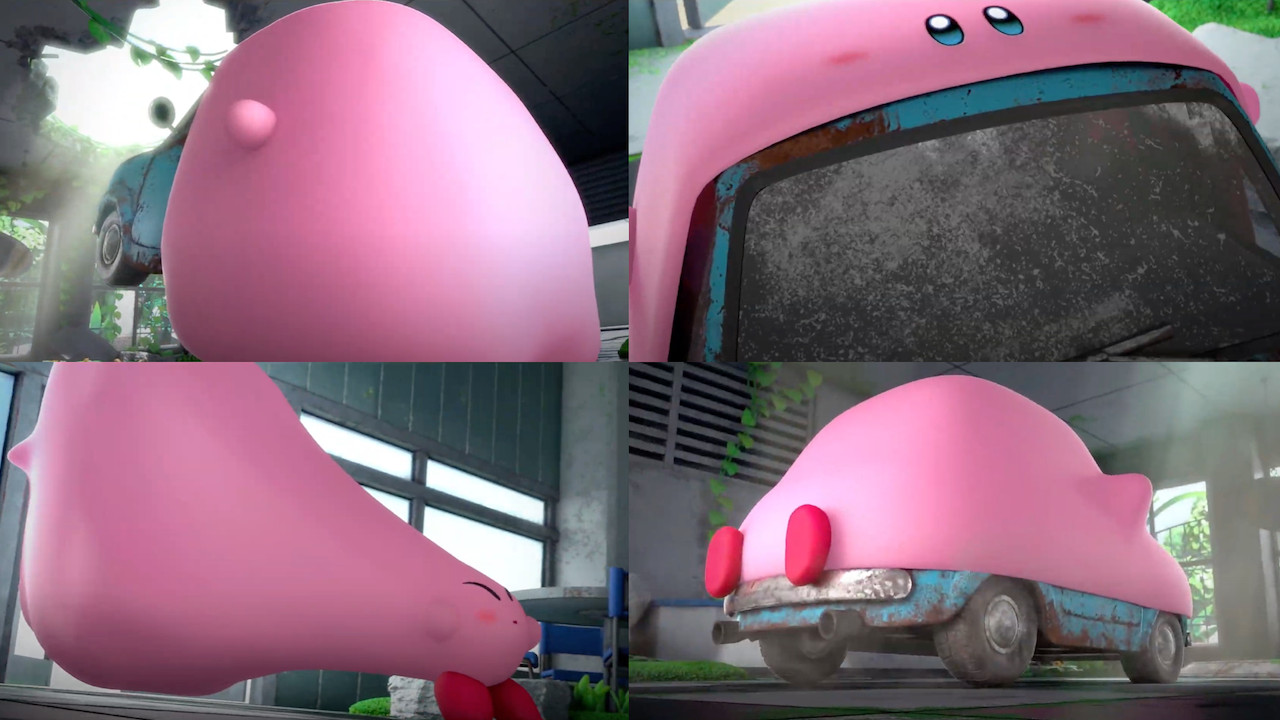 The February 2022 Nintendo Direct dropped yesterday, and perhaps the most anticipated title going into the Livestream was Kirby and the Forgotten Land.  The game promises an exploration experience akin to the delightful Super Mario Odyssey released in 2017 to universal acclaim, and this game looks to put Kirby’s unique twist on it.  One particular twist which has been taken to rather enthusiastically, and amusingly, is the insane Mouthful Mode revealed in the Direct trailer, where Kirby inhales massive objects and appliances and stretches to his limits in taking on their abilities.  Read on for our coverage of the Hilarious Fan Reactions to Kirby and the Forgotten Land’s Mouthful Mode!

Viewers of the Direct were quick to point out the absurdity of Kirby’s new abilities demonstrated in Mouthful Mode, and quickly took to Twitter with their reactions:

The potential for Kirby to take on abilities based on whatever he inhales isn’t new per se, but this iteration is oddly more grounded yet preposterous and hilarious given how it’s shown.  Kirby can consume scissor lifts, pylons, entire cars, vending machines, and much more in this new game, and the fans are excited for what this entails while also poking fun at how crazy it all is.

Switching from Mouthful Mode may require a cooldown pic.twitter.com/aWb7xEV2ri

Perhaps what was most striking was how quickly many fans connected this ability to a viral scene from the Cartoon Network series Ed, Edd n Eddy in which one of the characters is ordered to eat his bed.  The artistic renditions are on point, and it’s clear where some of the humorous inspiration for Mouthful Mode may have originated.  The best thing about trailers such as these for Nintendo Direct is that it introduces organic buzz about their incoming games for days and even weeks beyond the initial announcement, which is great given how close the game is to release.

This concludes our coverage on the Hilarious Fan Reactions to Kirby and the Forgotten Land’s Mouthful Mode!  Be sure to read on for more news on the Direct reveals, like Xenoblade Chronicles 3 or Earthbound coming to the Switch!