The latest news in the world of video games at Attack of the Fanboy
December 10th, 2016 by Mike Guarino 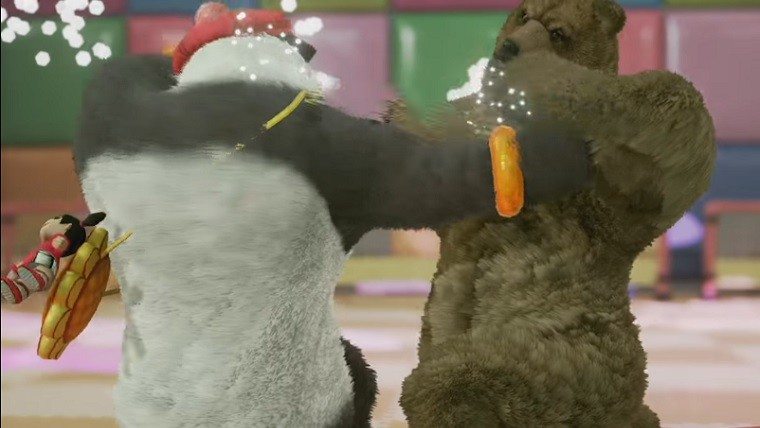 Two more characters have been revealed for Tekken 7, and this time they’re of the bear persuasion. Kuma and Panda are back again to duke it out in the latest game in the series, getting shown off in a trailer that you can check out at the bottom of this post. They’re definitely not some of the more popular characters when it comes to the overall Tekken roster, but they’ve been around for a while and at least some fans would be upset if they weren’t included.

The trailer gives us a brief look at both of these characters in action, and they more or less seem to function as they have in the past. However, what is truly impressive here is seeing what the Tekken 7 engine is able to do when rendering their fur. The parts where the sun is shining down and hitting Kuma’s fur looks particularly impressive, though the best part of the scene involves a home run courtesy of a fish.

Last month the game got a Your Fight, Your Story trailer, which showed off cinematics mixed with actual gameplay for much of the cast. Tekken 7 is said to feature a greater emphasis on story than any of the previous games in the series did, though the trailer really doesn’t reveal much on how that will go. You can check it out by clicking right here.

As for the last character who was revealed as having a slot in the game’s roster, that was none other than Miguel. Miguel certainly isn’t one of the veterans in the series seeing as he only debuted in Tekken 6, but there was apparently enough demand for him to warrant bringing him back for more in Tekken 7. He also got a character announcement trailer that you can check out here.

Tekken 7 still does not have a firm release date, though it is currently expected to launch early next year for PlayStation 4, Xbox One and PC. You can check out the Kuma and Panda reveal trailer below.