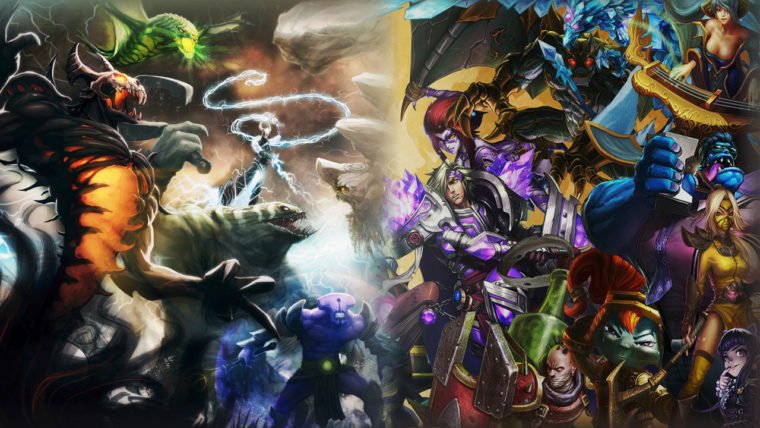 Everything will be 1:1. Damage, movespeed, everything

Currently the project is being worked on and led by a single person, but he has begun opening up to the community for help. Mostly the community is wanted to assist with bringing in the champions. Since the League of Legends champions are being brought over directly, with no modifications, all of their stats will remain the same. The only stat that needs changing is their range, which will be converted to work in the DOTA 2 engine.

The biggest challenge to bringing characters from League of Legends into DOTA 2 seems to be the differences in graphics. “Moving a champion into league results in very edgy characters (ehuehuehue). So a lot of the models have to be remade. I’ve seen many people create beautiful 3D renderings of their work, the ones I can think of are the Ahri and Jinx ones.”

When Defence of the Legends is complete you will be able to mix and match elements from both DOTA 2 and League of Legends. In fact, Hero vs. Champion gamemodes seem to be a high priority for Defence of the Legends. “I’ll try adding multiple game types, eg. Hero vs Champs on a 50:50 map, Heroes and Champs mixed on either map, free item mode where you can build either games items as a hero or champion! But all this comes after a lot of other things.”

Defence of the Legends still has a long way to go before it is ready for the public, the current estimate simply says it will be done “soon”. The creator has started a Tumblr page so that fans can keep track of progress and help out if they have the skills needed.