Life is Strange: Before the Storm Episode 2 Release Date Announced

The latest news in the world of video games at Attack of the Fanboy
October 12th, 2017 by Dylan Siegler 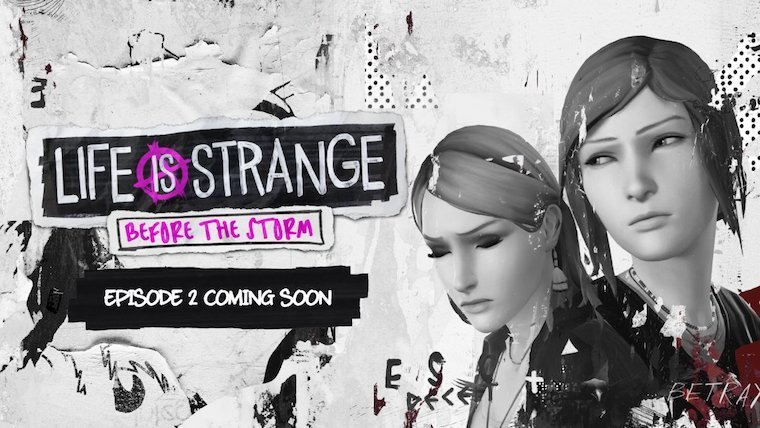 Today (October 12), the trailer for the second episode of Life is Strange: Before the Storm was released. In it, we got a look into some of the plot points that are going to take place in the episode as well as the release date. The new episode is set to come out a week from today, on October 19.

The trailer shows Chloe struggling with the fact that David is going to be moving in with her mom and her. As we know from the original Life is Strange, as well as the first episode of Before the Storm, the relationship between the two isn’t exactly amiable. Just like in the first episode, however, this trailer shows David at least making an attempt at reaching out to Chloe while Chloe immediately dismisses any possibility of any kind of positivity. It will be interesting to see what choices the player is given to deal with this major life change for Chloe. Another story point that will be explored is Frank apparently having a “job” for Chloe that involves breaking into Blackwell to steal some money (maybe drug money that’s owed to him?). This sub-plot is also somehow tied to the guy from the first episode who works for Damon Merrick, a likely bad guy alluded to in the previous episode but not yet revealed.

Other plot points include Rachel and Chloe’s growing friendship, the two of them confronting the woman who Rachel’s dad is having an affair with and the continuing forest fire that Rachel started that looks like it may end up being this game’s hurricane. Life is Strange: Before the Storm Episode 2: “Brave New World” comes out on PS4, Xbox One and PC on October 19.