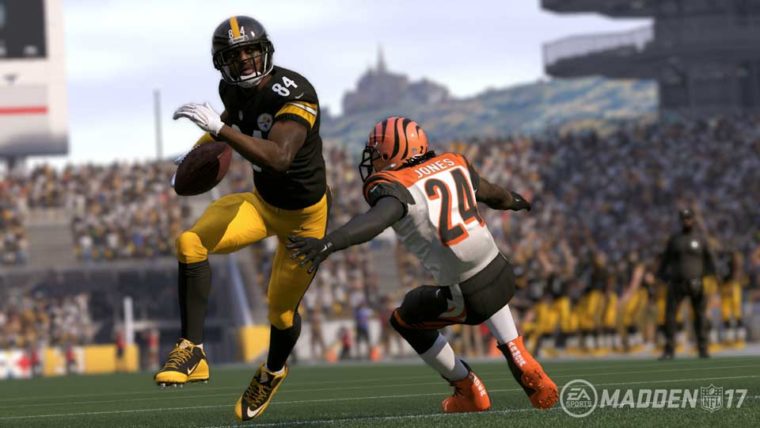 EA Sports is offering players a chance to play Madden 17 for free this weekend on PS4 and Xbox One. The full game is available for the trial period.

EA Sports announced the following on the official Madden 17 website: Madden Season is in full swing – so now is the best time to step out on the virtual gridiron. During the Madden NFL 17 Free Trial* – you’ll be able to play the full game on Xbox One or PlayStation 4 starting now (10/07/16) through 10/10/16.

Madden NFL 17 on Xbox One and PlayStation 4 delivers updates to all three phases of football: offense, defense and special teams. New mechanics and authentic AI bring wow moments to the ground game, while improved zone coverage balances out the passing game. Finally, special teams gives you the ability to impact the game in a single play.

Obviously this is a limited free trial so you won’t be able to play the game after October 10th unless you buy it. EA Sports also notes you will need an internet connection and EA Account in order to install the trial and access the online features.

As aforementioned, the free trial is only available for PS4 and Xbox One owners. PS3 and Xbox 360 owners won’t be getting a free trial this weekend.