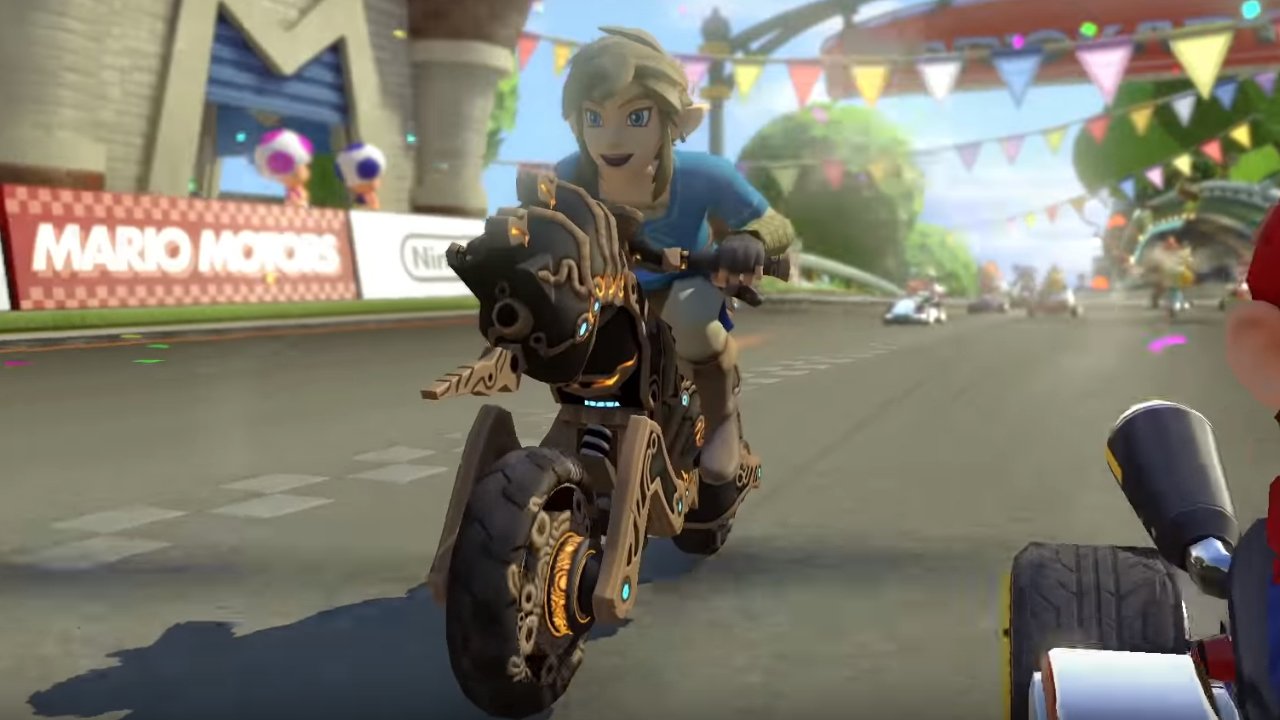 Nintendo has released a free update for Mario Kart 8 Deluxe that adds Breath of the Wild’s version of Link. As seen above he’s sporting the Champion’s Tunic. Fans of the game will recognize it immediately as the body armor link receives from Impa after he regains his first memory in the “Captured Memories” main quest line.

This latest update to the game, dubbed “version 1.6.0” also adds that Master Cycle Zero from Breath of the Wild as well. This ultimate reward from the Champion’s Ballad DLC offers all of the cool factor of a motorcycle built with ancient Sheikah technology with none of the inconveniences that come with it in the actual game. No refueling is required this time around.

Along with this most recent iteration of Link and his miniature divine beast, the update also adds “ancient tires” and a glider based on the based on the para-glider from Breath of the Wild. According to Nintendo’s support site, the 1.6.0 update also makes some “revisions to improve gameplay,” and it adds a bit of unlisted content. Since items such as tires and gliders are apparently worth listing, this unlisted content probably consists of minor changes or additions to areas in the game that usually exist beneath the notice of most players.

Mario Kart Deluxe is currently available on the Nintendo Switch.