The latest news in the world of video games at Attack of the Fanboy
February 25th, 2015 by Dean James 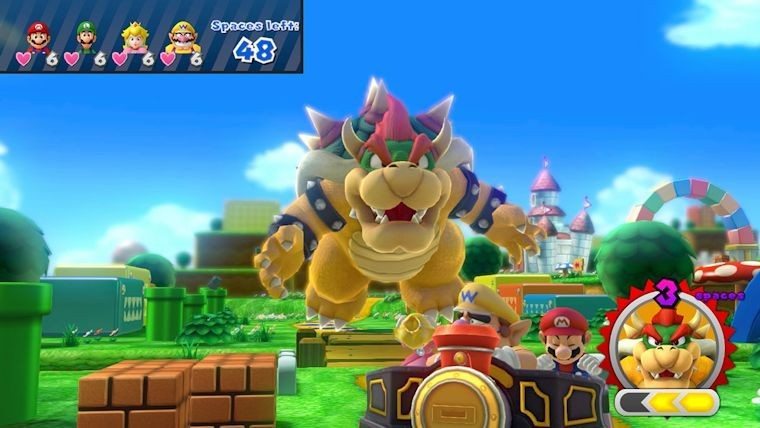 Mario Party 10 is Nintendo’s next big console release for the Wii U, which is set to release in less than a month. As always, players will have the ability to choose from a number of playable characters from across the Mario franchise. Ahead of the release, Nintendo of Japan has released a brand new trailer for the game which has revealed two new characters in Mario Party 10, though both were almost locks to be included.

Not too long ago, we got a glimpse at Wario, Donkey Kong, and Rosalina in Mario Party 10, in addition to the other characters that will make up the first Super Mario series of amiibo. Within the brand new trailer, we can see that fan favorites Daisy and Waluigi are returning to the party. These two newly revealed characters both arrived together for the first time in Mario Party 3 and have been staples of the franchise ever since, so it is no surprise at all that they are back.

With what looks like in-game amiibo for the aforementioned Wario, Donkey Kong, and Rosalina, could we also see Daisy and Waluigi be immortalized in amiibo form as well? They do not show up on the amiibo mode selection screen in the trailer, but that could be a case of them not showing up until they are actually scanned into the game. Either way, we’ll likely find out more in the next Nintendo Direct that is bound to come in March ahead of the release of Mario Party 10.