Capcom have released a demo of their upcoming eleventh entry into the action platformer Mega Man series.

Back in 2008 Capcom somewhat revived the series, bringing the core entries back to gamers after a decade with their 8-bit homage title, Mega Man 9. It was so well received that it spawned a sequel in, you guessed it, Mega Man 10, leading to the more recent Mega Man Legacy Collection 2, which came to the three consoles and PC.

Back in December, Capcom unveiled a trailer for Mega Man 11, and now you can get your mits on the Blue Bomber and play through the Block Man level. Mega Man 11 ditches 9 and 10’s 8-bit aesthetics for a 2.5D style sporting 3D characters with 2D backdrops. Unique to 11 is the Double Gear system, which allows you to switch gears, either increasing power or slowing down time by hitting the shoulder buttons, both of which can overheat requiring cool downs. 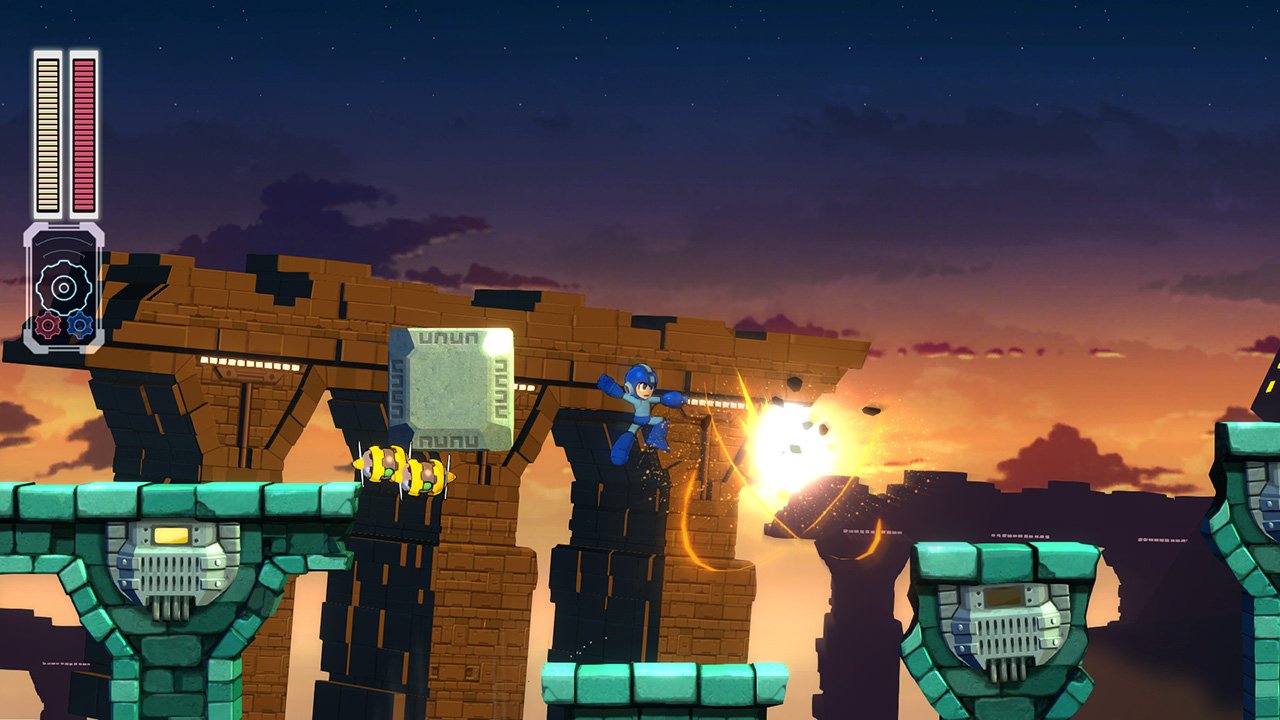 The visuals are clean, vibrant and exciting and the blend of 2D and 3D works really well. Controls are tight and responsive and enemies offer up some excellent animations and attacks. It’s all very Mega Man and if you’re a fan, that’s a brilliant thing.

If you try out the demo and defeat Block Man you’re also in for the chance to score in-game items in Capcom’s “Bust Block Man” community challenge where players who defeat the boss contribute to chipping away at a Block Man statue to win everyone who played some goodies.

Mega Man 11 will be out on October 2nd for all consoles and PC. The West is even getting it two days earlier than Japan. Check out the pre-order trailer below.