Melty Blood is Making its Return 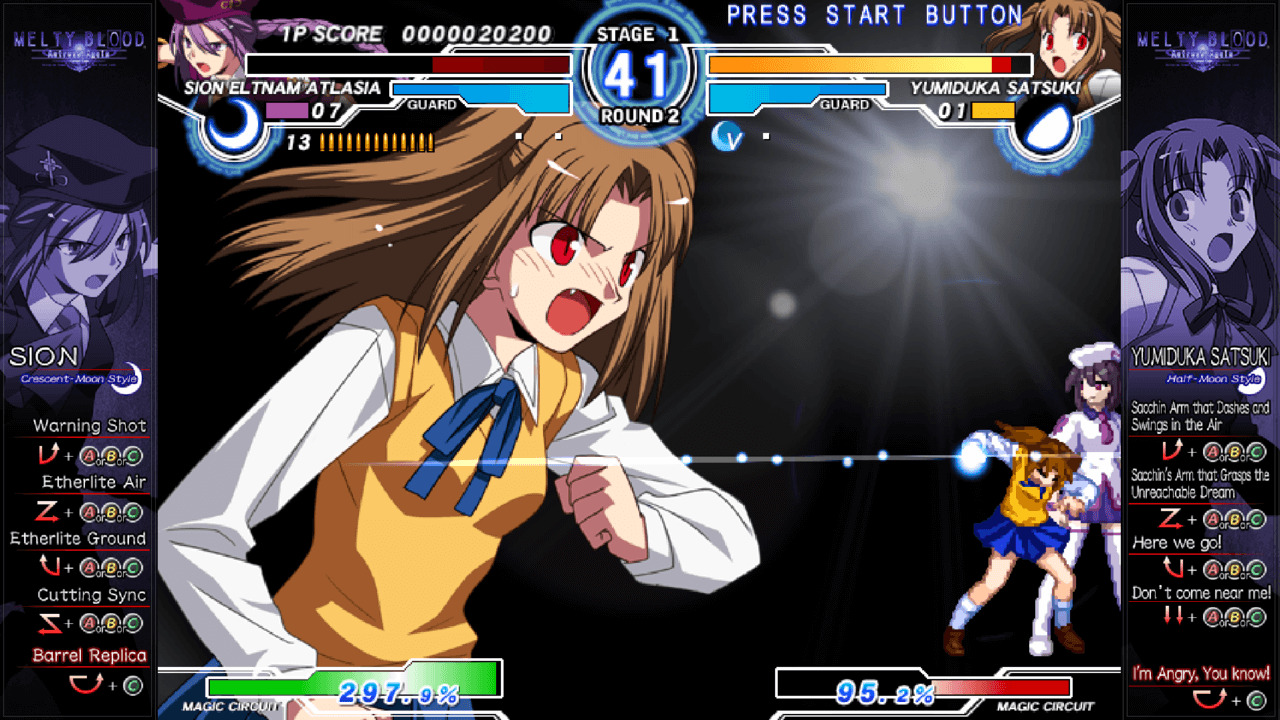 This morning, Type-Moon’s new volume revealed that the fighting game series Melty Blood would be receiving a new entry, Melty Blood: Type Lumina. While the magazine is only available in Japanese, a Twitter user, @BananaShiki, translated it into English and provided some images and important details.

The first major detail is that the magazine confirms a worldwide release for the game later this year for Playstation 4, Xbox One, and Nintendo Switch. This marks a departure from the once scarce availability of the series; the most current iteration of the game, Melty Blood: Actress Again Current Code, is only available on Steam and in Japanese arcades. Perhaps the most exciting piece of news for the game is the confirmation of rollback netcode.

While the series has quite notoriously been associated with “cursed gaming setups” and memes about not being allowed into fighting game tournament venues, the addition of rollback netcode will surely help the game reach a wider audience. Rollback netcode, as explained in the video below, vastly improves the performance of fighting games online. It has made games like Mortal Kombat 11 perform far better during netplay than other major releases lacking proper rollback implementation. Now more than ever, as a global pandemic prevents players from gathering in person, properly implemented netcode is essential to a fighting game’s success. It has also helped bring lasting attention to multiple independent releases such as Skull Girls.

After over a decade of cult classic status within the fighting game community and the success of their most recent game, Under Night In-Birth, the inclusion of rollback might be enough to propel Soft Circle French Bread’s Melty Blood: Type Lumina to success with a wider audience.

Melty Blood: Type Lumina will be available on Playstation 4, Xbox One, and Nintendo Switch in 2021.