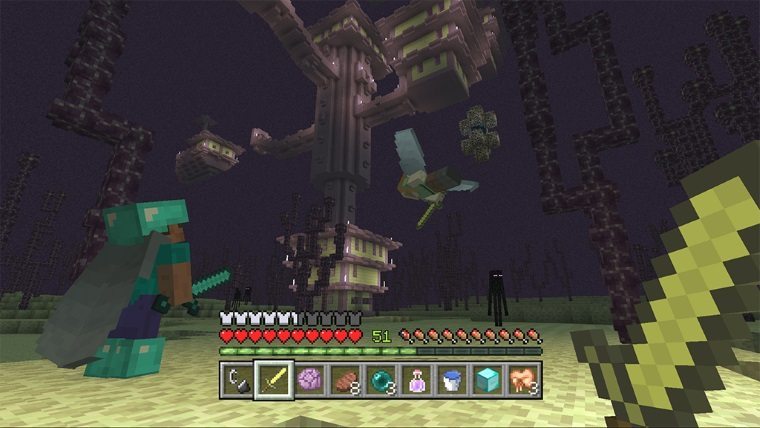 An upcoming Minecraft update is being billed as the “biggest of the year” by developer Mojang. The update, which is timed to hit around the holidays, adds a ton of new features to the console versions of the hugely popular game. Some of these features have been available on PC before, but getting them into the console versions will really add to the experience for millions of players.

“We’ve prepared a rather spectacular seasonal gift for Console Edition,” says Mojang. “As is traditional, you’ll have to wait until late December to open up the full package, but we’re happy to give you a teeny preview today – the digital equivalent of letting you sneak downstairs and give your gift-wrapped goodies a little inquisitive shake. That’s if you can even lift the box – this is the biggest update we’ve put out this year! There are new mobs, blocks, items, status effects and all manner of other tweaks.”

So, what is in this huge new Minecraft update? Check out the truncated patch notes below:

Elytra! Soar through The End on your freshly-minted insectoid glider, or, if you’d rather practice first, why not put your aerobatic skills to the test by generating a world with the new Amplified Terrain option?

End Cities, replete with End Ships, Chorus Plants, Chorus Flowers and Purpur blocks. Not all is as it seems, however – some blocks may conceal Shulkers, limpet-like enemies who fire homing rockets. Take a hit and you’ll take damage and experience something new, too: levitation! Elytra are essential to avoid an uncomfortable landing.

You can now use Dragon’s Breath to create Lingering Potions – throwable potions that leave a bubbling slick behind, ideal for ensnaring unwary pursuers.

That’s still not everything that this Minecraft update will deliver though. Be sure to check back for more on this and other Minecraft related news.