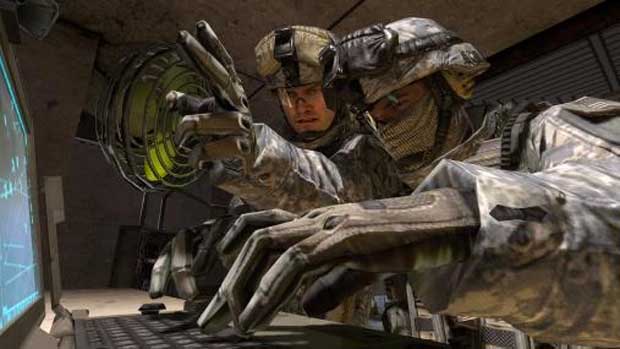 The Killstreaks in Modern Warfare 3 are going to be undergoing a change according to Infinity Ward.  Robert Bowling of the developer recently revealed that the core gameplay mechanic of the Call of Duty Multiplayer experience is undergoing changes before the game launches this November.  No word on what this entails just yet, but Bowling did say that “We changed the entire way the killstreak system works” for the sequel.

Bowling didn’t go into details about the changes, but changing the entire system is sure to bring both controversy and speculation.  We’ve already been told by Bowling that the trademark tactical nuke from Modern Warfare 2 would not be returning.  What do you like and dislike about the Killstreak System in Call of Duty?  What would you like to see?

Some of the rumored Killstreaks that leaked from Kotaku earlier last month included:

EMP Grenade: Temporarily takes out all area electronics.
Littlebird: A small-manned helicopter that can controlled and used to gun down enemies.
Precision Airstrike: Calls in an airstrike on a targeted area.
Stealth bomber: Calls in a B2 Spirit to carpet bomb along a line designated by the player.
Remote Turret: A remote controlled turret.
Directional UAV: A UAV that can be directed into areas to scan for enemies.
Remote Mortar: Direct a mortar team using a zoomable camera view of the map to call in strikes.
Airdrop Trap: A booby-trapped airdrop.
Ammo Resupply: An ammo reloading airdrop.
Escort Airdrop: A protected airdrop.
Specialist Strike Package: This one remains a mystery to us.