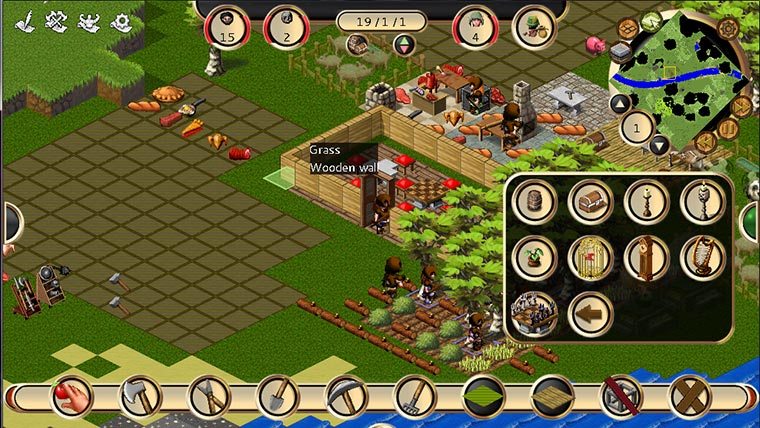 Early Access and Greenlight titles on Steam are a slippery slope. Sometimes you get fantastic games that you get to play through the entire development process, and in the end, you get something wholly worthwhile. It allows developers to mitigate the risk and costs associated with developing a video game, get money up front, and hopefully improve on their creations over time. Then there are the other instances. These are the times where developers misrepresent their games completely, or in the case of Towns, take the money and close shop before their respected community ever gets a complete and/or working game.

Apparently, development for the work-in-progress title, “Towns”, has been halted and will not resume at a later date. According to a post on the game’s forums, there’s just not enough money being made to facilitate the continuation of the development process. In the case of Towns, the developers aren’t really doing anything wrong. They released the game as a finished product, this was not early access. Towns was just a broken game by many accounts, but the developers had made promises to make the game better and fix glaring issues through updates.

In a plea to fans, a developer on the game writes: “To be completely honest, I can’t work for that little amount. I have to pay for the rent and food and this doesn’t really suffice for any of it… I’m sorry that we had to pull the plug right here, but I sincerely hope you can understand why we had to make that decision right now.”

Despite terminating development on Towns, the developers have plans for a possible sequel called “Towns 2”, claiming that the game is currently in the “idea stage.”

Regardless of how devout the fanbase, it’s a surprise that anyone would support development of a second game. A forum post is littered with disgruntled comments about the game’s state prior to termination, and the developer’s inability and broken promises to fix it. The case of Towns is just another in the crazy business of selling video games on Steam. Consumers have very little protection from buying unfinished or broken products from the service. And their only recourse is to believe that one day the problems will be fixed. In the case of Towns, it looks like if you ever want a truly finished and polished product, you’re gonna have to pony up for the sequel.