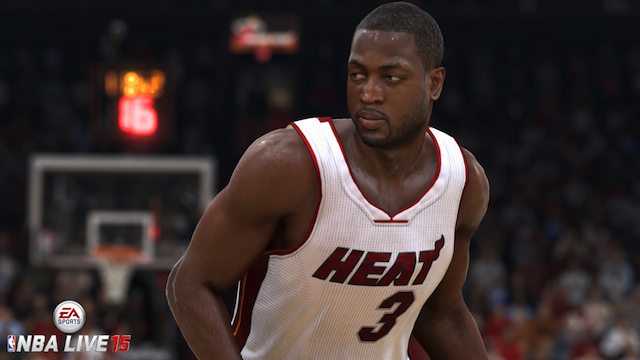 Gamers will be happy to know there will be a free public demo for NBA Live 15, but it won’t be out until release day.

NBA Live 15 releases in North America on October 28th for both PS4 and Xbox One. If you don’t feel like buying the game, you can download the demo available on both platforms on the same date. This is unlike other game demos where they are available a few days before a game’s release date.

The NBA Live 15 demo will feature a matchup between the Cleveland Cavaliers vs. Oklahoma City Thunder. It will have five-minute quarters for you to play. There will also be something called a “Learn LIVE Tutorial” that will feature Damian Lillard.

If you own an Xbox One, you can play NBA Live 15 even earlier if you paid for the EA Access program. EA Access members can play the game uninterrupted for six hours. It will give you an even bigger sample of the game than the demo. It’s also more beneficial too as EA Access members can start playing the game from October 23rd. This gives you five days to make up your mind if you want to buy the full game.

It will be interesting to see if NBA Live 15 becomes a contender this year as many fans aren’t liking NBA 2K15’s server issues.