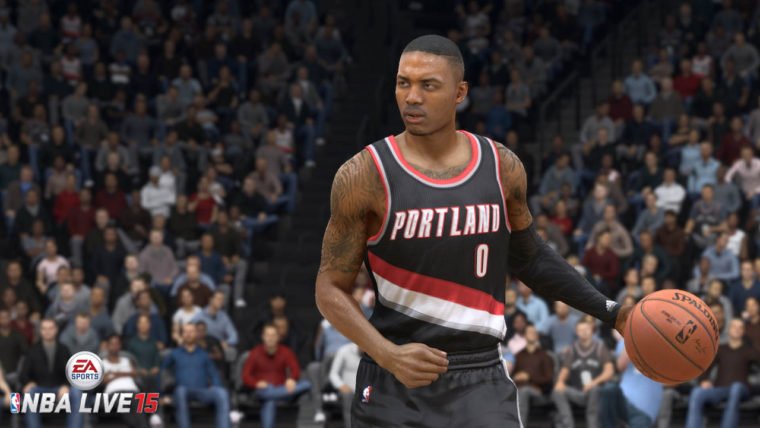 The key to any good sports game is how accurate the ratings reflect reality. EA Sports understands this, and so they spend a lot of time leading up to the release of a new sports title by slowly revealing the top player ratings in various categories. This has now begun for NBA Live 15 as it marches toward its late October release date. The first ratings being revealed are the top five point guards, which EA Sports refers to as “arguably the most talent-laden position in the league”. Take a look at the ratings below and shout out in the comments if anything seems off.

5. Damian Lillard – Portland Trailblazers
89 Overall
The NBA LIVE 15 cover athlete rounds out the list of top five point guards. In his second NBA season, the former Rookie of the Year led the Blazers to the Western Conference Semifinals for the first time since 2000, while also showing the ability to hit big-time shots.

2. Stephen Curry – Golden State Warriors
92 Overall
Curry’s not just the most feared three-point shooter in the league, he’s also one of its most complete point guards. He posted career highs in both scoring (24.0) and assists (8.5) in 2013-14 to go with his “from the parking lot” shooting range.

NBA Live 15 launches on October 28th in North America and October 31st in Europe for PS4 and Xbox One.