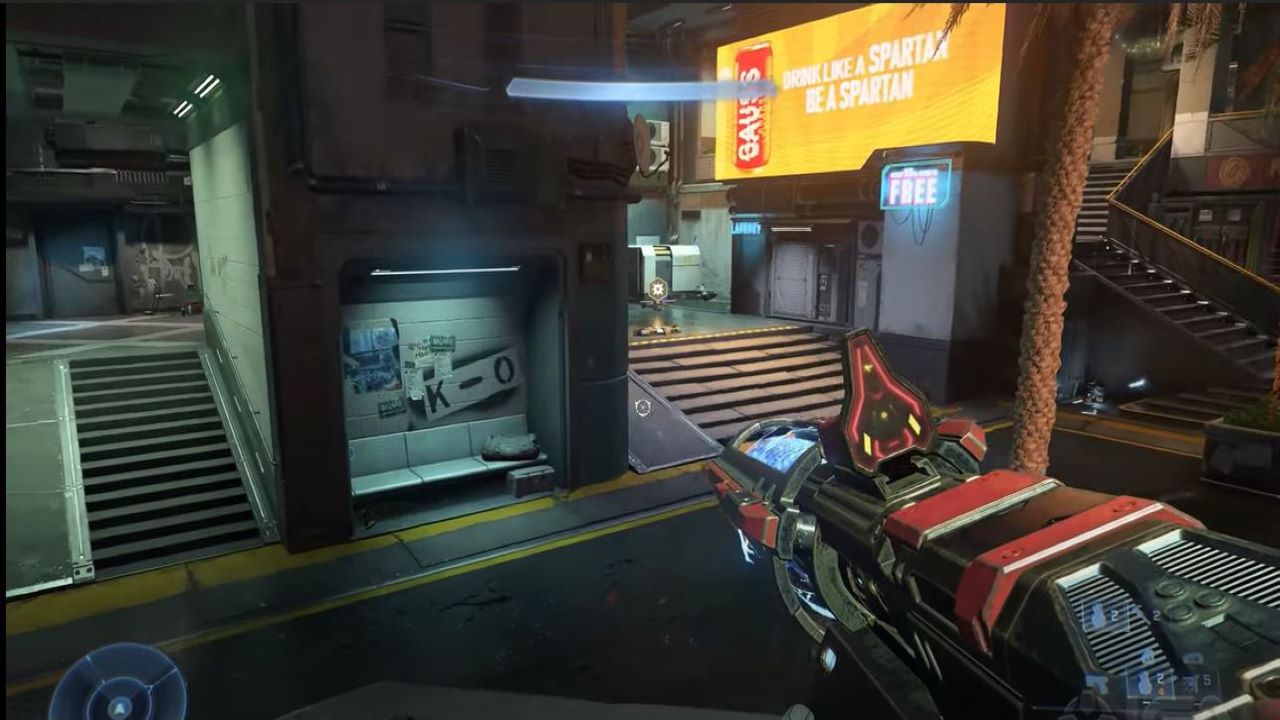 Halo Infinite revealed a new Arenas map called “Streets.” As the release date to the newest entry in the Halo series inches closer and closer, more and more details are being revealed to anxious Halo fans. Here’s a closer look at the new map “Streets.”

Halo Infinite is the sixth entry in the main Halo series and the sixteenth Halo game to date. While fans have patiently awaited this new game, bits of information have crumbled out. Things like dynamic weather, huge open-world campaign maps with side quests, and the loss of duel wielding are just a few nuggets of information that we have on Halo Infinite so far.

Based on the exclusive coverage from IGN, the newly revealed “Streets” Arena map is a tight, asymmetrical battleground set on New Mombasa. “Streets” is a small map that features narrow alleyways which allows for quick gameplay. Players can find “Holodog” advertisements and an old-school arcade cabinet that will play a MIDI version of the Halo Theme. The buildings look very Halo-esque, but overall the map is modern.

While we still have a month to go before Halo Infinite releases, there have been leaks to an Early Access Bundle. Gamers are eager to snatch any new information they can about Halo Infinite, and if they can play the game early, they will.

Two other new maps have been revealed as well, titled “Deadlock” and “High Power.” Both of these maps are part of the returning Big Team Battle game mode. “Deadlock” is said to have a very classic Halo aesthetic while also being “very dramatic.” “High Power,” on the other hand, was never supposed to be a playable map in the game. It started as a “test gym” and was so fun that they decided to include it in the actual game, something that never happens.

There is much to be excited for as more Halo Infinite news will undoubtedly grace the internet this month. Some of the things to look out for are more map layouts, details on the campaign, and the Season 1 Battle Pass. Just last week, six minutes of the open-world campaign was revealed, and it looks incredible. It is exciting seeing a brand new Halo game in 2021 on next-gen consoles.

Whether you’re anticipating Halo Infinite or just want to know what is going on, stay plugged into all the Halo Infinite news here.