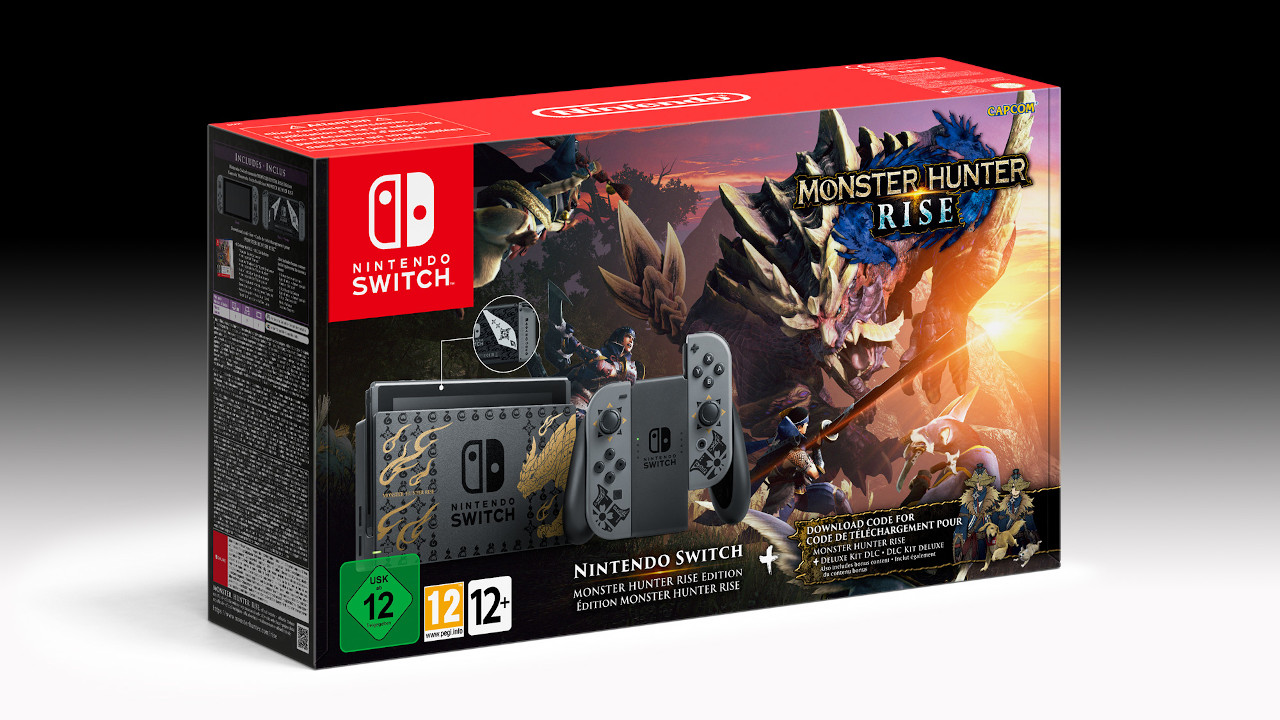 Nintendo surprised everyone last night, by announcing a brand new Monster Hunter Rise-themed Switch Bundle. Celebrating the upcoming title, this new kit includes a custom Switch design which expands to its controller too. Monster Hunter Rise will be included digitally, in the form of a game code, with the Deluxe Kit DLC included as well. Here is everything the bundle will have inside:

Additionally, a Special Edition Pro Controller is also introduced, with a themed design too and can be bought separately. The whole bundle is confirmed for Japan, Europe and Australia, with an upcoming US release to be expected. No information yet though, so this is just speculation. Taking into consideration the franchise’s popularity, it’s hard to imagine the specific bundle won’t be released to America.

Monster Hunter Rise is the next entry in the popular franchise, and fans around the world are waiting patiently its release. Monster Hunter World made a huge impact to Capcom’s financials, being their best selling game, and proved that western audiences are also fans of the series. Therefore, it is only natural for Nintendo and Capcom alike to promote the game the best they can. What better way there is, other than imprinting their flagship Monsters to our consoles, for ever.

Monster Hunter Rise, alongside the newly announced Switch bundle, are set to release on March 26, 2021.