The latest news in the world of video games at Attack of the Fanboy
February 22nd, 2016 by Scott Grill 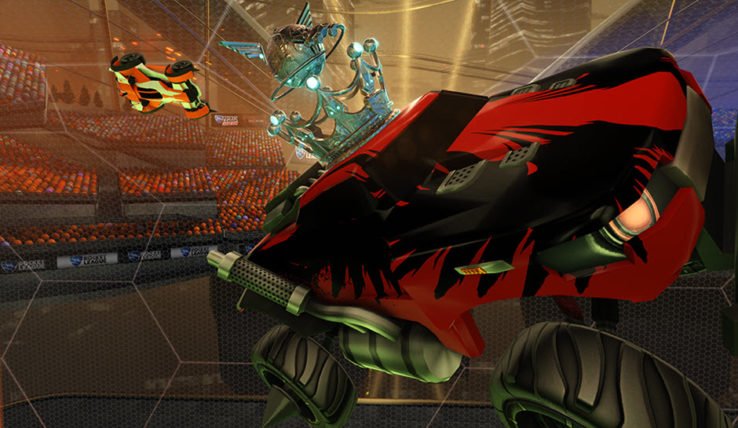 Rocket League is as seemingly popular as ever with the start of Season 2 on the PS4 and PC plus the launch of the game on Xbox One. That doesn’t mean there aren’t some things that can be tweaked though. A common complaint is how rank progression currently works in competitive play. Psyonix announced Monday the next title update will address this issue by giving more visibility to a player’s current standing.

“We read all of the concerns about not feeling a sense of progression in Season 2,” Psyonix shared in an update. “While we stand by our decision to move away from the constant feedback of point gain and loss from individual matches, we do feel that the current lack of visibility on where you stand within a Skill Tier is a problem.”

The developer’s solution is to show Rocket League players which division they are in for their current Skill Tier. There are five divisions in each tier with Division I being the lowest and Division V being the highest.

Top-skilled players will be more interested in what is going on at the Champion level tier, however. Psyonix is splitting this into three new ranks – Champion, Super Champion, and Grand Champion. Additionally, skill ratings will now be displayed in the Champion tier. This is to address the issue of there being too many players in the Champion tier plus those outside of the top 100 not knowing where they stand.

Psyonix stated it is currently putting the finishing touches on this update, so there is no timeframe on when it might be released.

Rocket League has genuinely picked up a boost of steam since the Xbox One launch. The game set a new concurrent player record of 195,000 on Sunday, the developer shared on the game’s official Twitter account.