No Man’s Sky Info You Need To Know

The latest news in the world of video games at Attack of the Fanboy
December 16th, 2014 by Damian Seeto 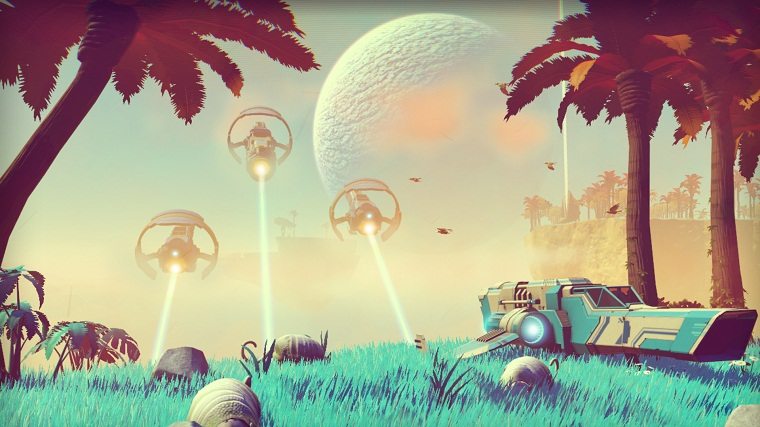 Hello Games has now revealed some interesting new information that you need to know about No Man’s Sky.

Game Informer had a chance to interview Hello Games founder, Sean Murray, more on what is in store for gamers in No Man’s Sky.

One of the biggest things you need to know about No Man’s Sky is that the game will not have any DLC. This is understandable as Murray said the game’s “universe is infinite“. The game literally has millions of planets for you to explore so the game won’t even need DLC.

Speaking of planets, you won’t find Earth in No Man’s Sky but there are planets that look like it. Your character also has the ability to swim and you can choose to be a pacifist, but you can choose to attack other things if you wish. You will have a health bar so you have to be careful though.

There are quite a few things you CANNOT do in No Man’s Sky too. You cannot collect plants, cannot build a shelter, cannot build a space station, cannot ride a dinosaur and nor can you select your character’s gender. The last point suggests you are just playing “yourself” since it’s a first-person game. It was also noted there are no non-player characters, but there are creatures.

Another thing you need to know about No Man’s Sky is that you only have one ship, but you cannot customize it. You cannot even teleport your spaceship too. There is a shop in the game, but it wasn’t specified what you can buy.

No Man’s Sky will have black holes and you can travel to the darkness of space for as long as you want. You cannot however travel to the end of the universe.

The last parts about No Man’s Sky is that you cannot play “God” in the game. You cannot destroy planets and nor you can terraform them to your own liking.