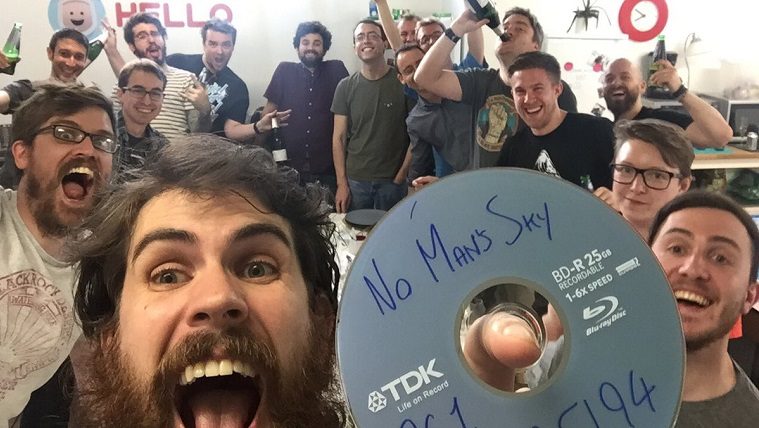 It felt like No Man’s Sky would never come out as it had to be delayed numerous times. Now fans can rest easy as the game is finally coming out as development has just concluded.

The creator of the game, Sean Murray, tweeted out: “It’s happened. No Man’s Sky just went gold. I’m so incredibly proud of this tiny team. 4 years of emotions”

As you can see from the photo that he tweeted out, Sean Murray is holding the first Blu-ray disc that stores the entire game. The game will be ready to ship out worldwide next month as it comes out on August 9th, 2016.

Just like Murray tweeted out, this game has been in development for 4 years with only a couple of staff members. The game was initially scheduled to come out in 2015, but got delayed until June 2016. The June date was then pushed back to the now final August date.

There’s a lot of anticipation over this game as it’s unlike any other in existence. You can explore literally billions of different planets so everyone’s experience should be unique. What is the first thing you want to do when you get the game?