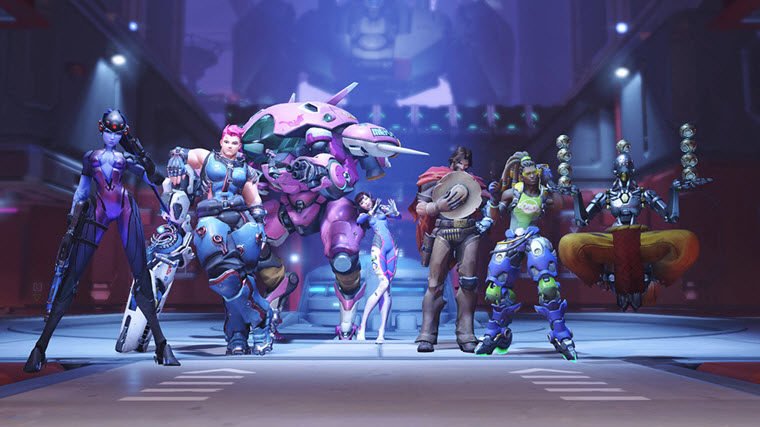 Blizzard gave the Overwatch beta a break over the holiday, but the hero shooter returned Tuesday with some new features and more. The developer laid out the details on an all-new player progression system that features cosmetic loot drops.

Overwatch will eschew character leveling in favor of an account-wide progression system. Players will receive experience based on their performance in matches, the number of medals earned, with bonus points for winning and for playing against human opponents instead of AI.

As expected, players will receive rewards in the form of loot boxes every time they level up. The boxes contain four random items of varying rarity to use to customize your player card or character. The rarity levels are blue for rare, purple for epic, and orange for legendary.

For now, there is no microtransaction system in Overwatch and all credits are earned through either play, loot boxes, or granted after receiving a duplicate item from a loot box. Blizzard does plan to sell loot boxes for real-world cash later on though.

“At its core, we’ve designed Overwatch to be a game that’s exciting and satisfying to play on its own,” Blizzard explained. “However, we also know how fun it can be to work toward long-term goals and be rewarded for the time and effort you’ve put into playing.”

“It’s important to note that all of these items are purely cosmetic, which means they won’t provide any additional player power. They will, however, give you a plethora of ways to express yourself within the world of Overwatch.”

The restart of the Overwatch beta also see two new maps added to the game. The first is “Lijang Tower” and is set in a Chinese skyscraper. The second takes place in a Himalayan monastery simply named “Nepal.”

Both of these new maps support the new Control game type. According to the patch notes, this mode challenges two teams to “fight over a series of objective areas in a best-of-three format. When a team is in control of the round’s objective area, they will make progress toward capturing it, and whichever team gets to 100% first wins the round. Each round (up to 3 total) will feature a new objective area located in a different part of the map.”

Overwatch is expected to be released by the end of the June 2016 for the PS4, Xbox One, and PC.