The latest news in the world of video games at Attack of the Fanboy
March 31st, 2017 by Joel Santana 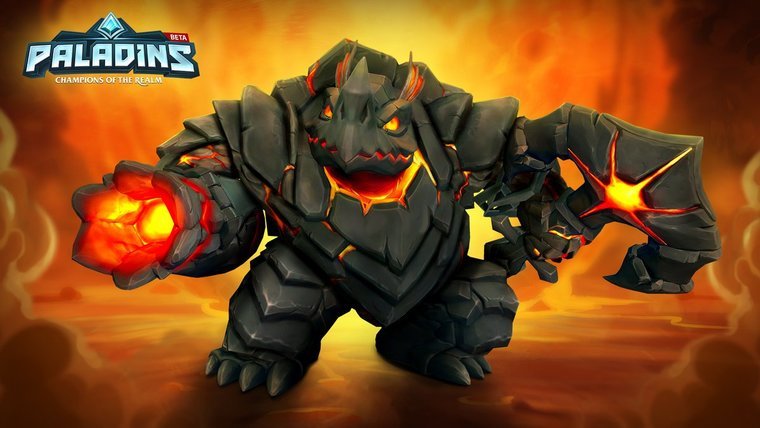 Do you like free in game items? If so, Paladins, the free-to-play class based shooter from Hi-Rez Studios has something special in-store for the community in it’s latest upcoming patch OB 47 that’s set to launch sometime in next week for the PC platform.

As to what exactly the Georgia based studio has to offer for their community is something that everyone will be looking forward to once OB 47 goes live. Especially to those who’ve reached level 30 on their account will be greeted to a free Volcanic Makoa skin as a big thank you from Hi-rez Studios.

Which according to the latest patch notes show that concluded a few moments ago will have it’s own unique head, body, weapon and voice pack. Those who’ve played Smite, another Hi-Rez Studios title may remember a similar deal with their game which saw those who’ve reached level 30 on their account during the beta stage receive the Cacodemon skin for Ymir.

Alongside Paladins receiving a free skin for those who meet the requirement, Hi-Rez Studios is doing a first in terms of skins for their game. Such as the new Nova Strike collection skin for Kinessa which will include a quest that will allow you to earn different variants of the collection if you’re able to complete the quests associated with them.

To accompany the Kinessa and Makoa skins for this patch, Hi-Rez Studios is also releasing their first e-sports team related skin with the “Burrito” e-sports Sha Lin collection. Who manage to win the first ever invitational Paladins tournament.

Below, you can view both the Nova Strike skin for Kinessa and Volcanic Makoa:

As per every patch, the latest Paladins champion balances sees Inara, Maeve and Mal’Damba receive buffs while their latest champion, Lex, receive a small nerf. View the balance changes below:

Additionally, this patch also marks the inclusion of character specific titles that you can earn by simply getting that champion to level 20 and all champions will also have their remaining temp card art replaced.

As per every patch notes show, you can also expect to for the PTS  for Paladins to go live relatively soon with more information regarding the game’s future such as upcoming content and champions that have yet to be revealed. So stay tuned to us for future updates regarding Paladins.

Paladins is currently in open beta on the PC platform and closed beta on both the PlayStation 4 and Xbox One platforms.