The latest news in the world of video games at Attack of the Fanboy
December 30th, 2014 by William Schwartz 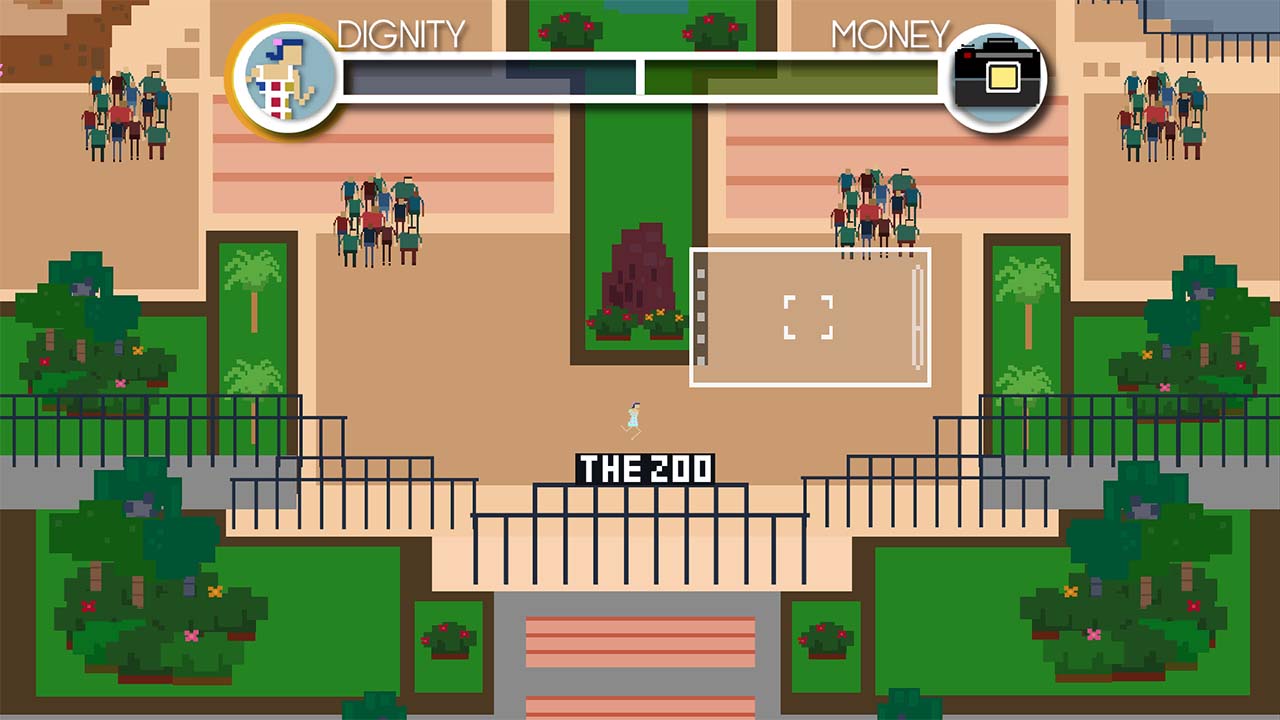 The indie scene has a lot of interesting games planned for full release next year with titles like Soul Axiom and Axiom Verge, to name a few. Here’s another game you ought to add to your lists: Paparazzi.

Paparazzi is at its core, a 2 player multiplayer game where one player controls a “celebrity” and moves him/her around the screen hiding behind pillars, crowds and all different assortments of objects. The paparazzi player’s job is moving around a box that represents the camera’s screen and try to take as many photos of the celebrity as possible in order to deplete their dignity and increase the paparazzi’s money.

Why does dignity of a celebrity go down if they get a photo of them running around? Indie games, that’s why. Still, it’s a fun looking cat-and-mouse game you can play with a friend that heralds back to, as some others have mentioned, Where’s Wally, but I think, it being more dynamic, it’s quite simply a hide-and-seek and tag hybrid, something those of us who didn’t grow up in a completely digital world would be accustomed to when we were younger.

Paparazzi is planned for release in February 2015, for PCs, PS4 and WiiU.

Are you intrigued by the prospect of playing Paparazzi? Let us know in the comments below!