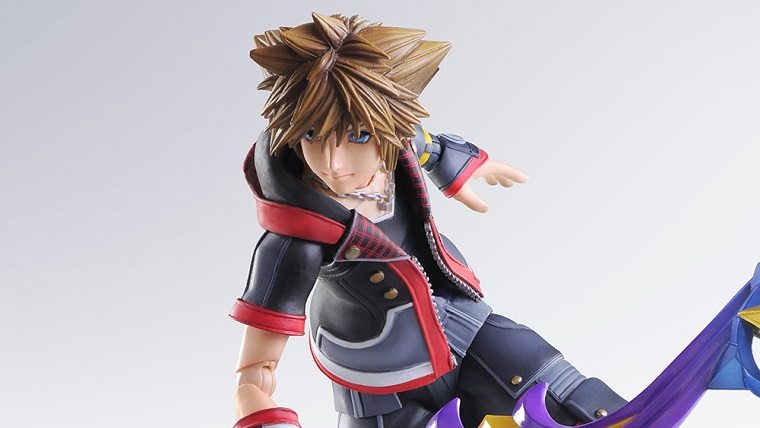 While a release date for Kingdom Hearts 3 is still unknown, at least we know when the Play Arts Kai Sora toy based on the game is coming out. The toy will be out much earlier than the game itself.

The Square Enix Online Store has listed that the Sora Play Arts Kai toy is available to pre-order now and will be out by January 30th, 2017. It will cost you $149.99.

Here’s a description of the toy: “He is highly poseable due to the utilization of flexible materials. The Keyblade that can change form into a double crossbow – which could be called the trademark of this title — is also included as an accessory part. With all these features and more, this figure is certainly an eagerly awaited collector’s item for fans.”

The figure includes a display stand and he stands at around 8.8 inches tall. Since this is based off of this appearance in Kingdom Hearts 3, Sora has a more “mature and grown up” look describes Square Enix.

Hopefully the release of this toy is a sign that the game is on the horizon. For now, fans can look forward to the release of Kingdom Hearts 2.8 instead which is out in December 2016.