Sony provided a deep-dive into the design philosophy behind their upcoming console. 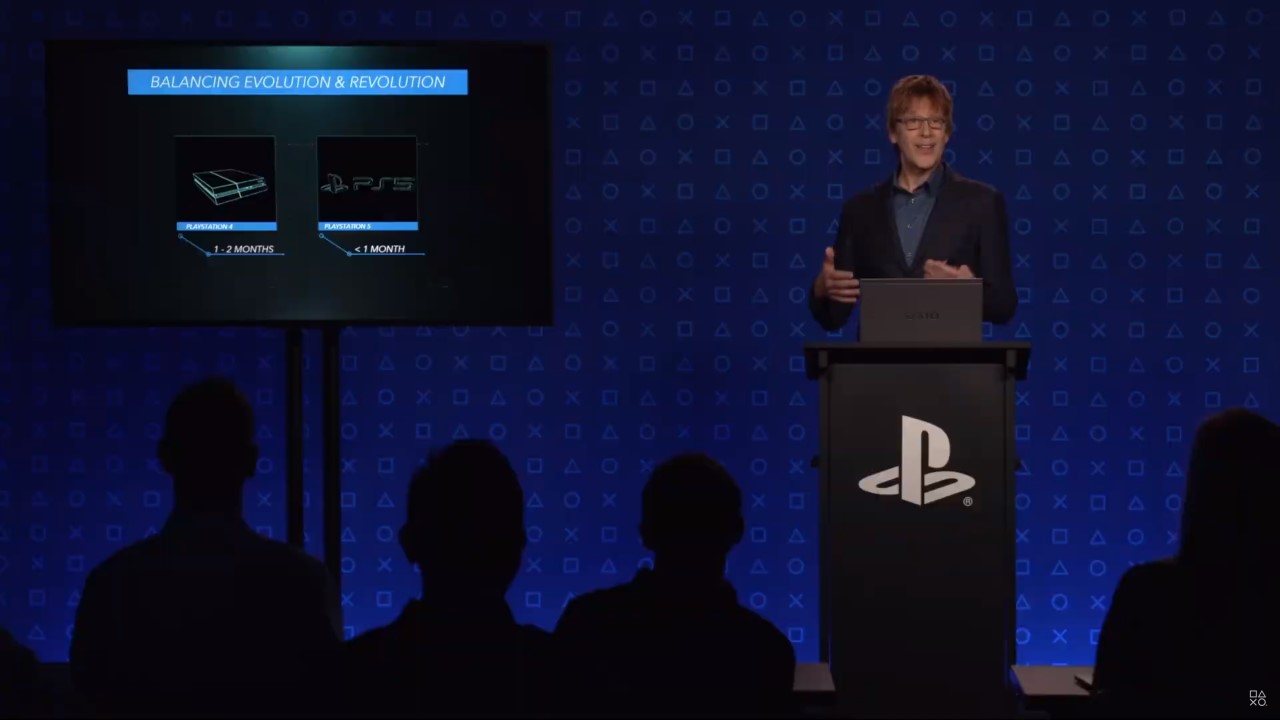 In a deep dive presentation hosted by Mark Cerny, lead system architect for the PlayStation 5, Sony shared many of the design details for their upcoming console. The presentation was thick with advanced tech-jargon, but Cerny was able to get a few of the key tenets driving the PlayStation 5’s development across.

The PlayStation 5 was designed with developers in mind.

The upcoming console was developed with three main principles: listen to developers, balance evolution with revolution, and to find new dreams. What those translated to were broken down by Cerny, who shared additional information about the solid-state drive, GPU, CPU, and enhanced focus on audio.

To make this as easy to parse as possible, it all came down to a host of custom tech being built for the PlayStation 5. The CPU will be a custom Zen 2 chip from AMD that can reach 3.5 GHz under max load, and the GPU will use AMD’s upcoming RDNA 2 chipset that will feature 36 compute units and be capped at 2.23 GHz (with Cerny noting the team focused on implementing variable frequency boosting for both the CPU and GPU, meaning the CPU and GPU can alter their clock speeds as needed to maintain performance without catching your living-room on fire).

On paper that means the CPU and GPU in both the Xbox Series X and PlayStation 5 will have quite a bit in common, yet the main difference will be the design of the GPU. Microsoft is using a chip with more compute units that run at a lower speed than the PlayStation 5’s chip, thus it will push more teraflops than Sony’s machine. In the real world that doesn’t always translate to more power however, and Cerny was confident that faster clock frequencies would give the PlayStation 5 a competitive edge. 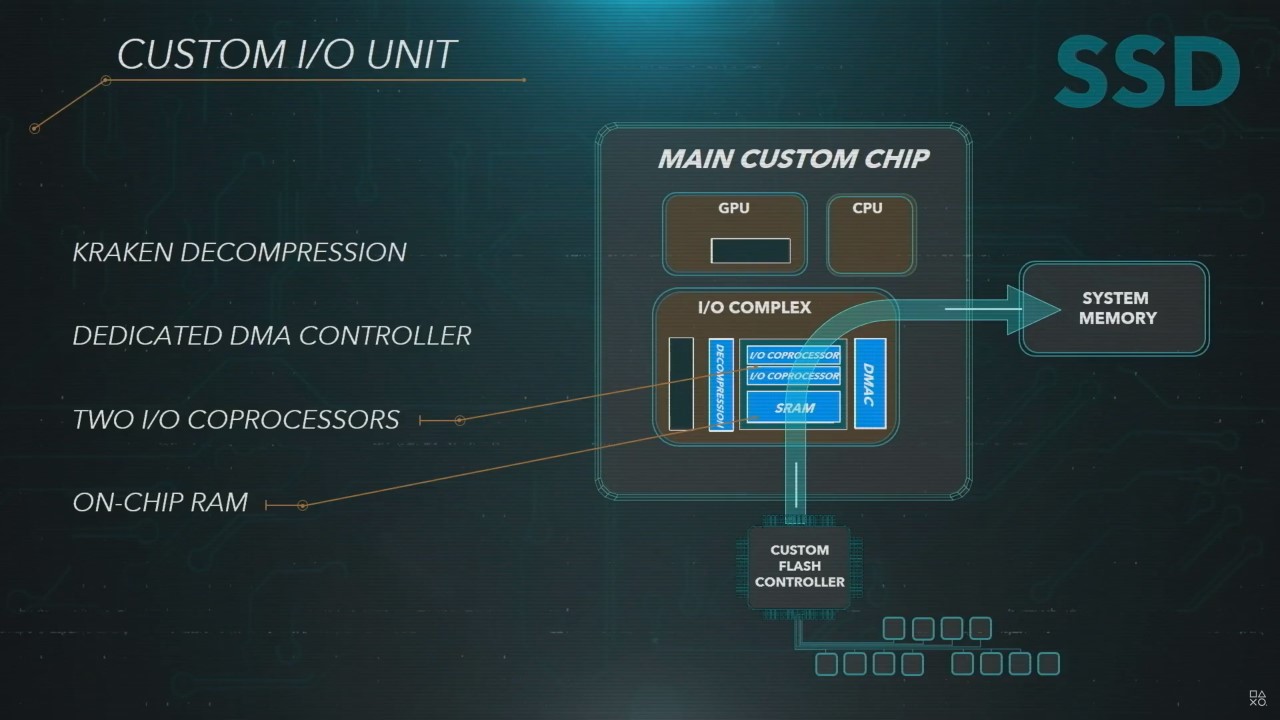 Much like the SSD in the Xbox Series X, the drive in the PlayStation 5 is being built to minimize load times and to allow developers greater freedom to design their games as they see fit (less winding tunnels or elevators to mask load times). It will be 825GB in size, and run at 5.5 GB/s. The flash controller is being tailor-made to reduced RAM under-utilization, and the console will adopt Kraken as its compression software. The whole goal is to leverage the speed and unique architecture within the console to better enable game development, so additional SSDs will need to hit a similar spec as the one being built for the PS5.

I.E. this isn’t an install-and-forget SSD being added to the PlayStation 5, which means Sony will slowly release a list of compatible SSDs that can fit in the included M.2 expansion slot shortly after the PS5 launches. That said, Cerny did confirm an external hard drive could be used to play PlayStation 4 games on the new console.

The console is also dedicating a re-factored GPU core to improved audio (called the Tempest Engine), with a focus on making 3D Audio a uniform feature across all PlayStation 5 titles. PSVR provided many of the insights needed, and the end-game goal is for every PS5 owner to experience enhanced audio no matter what sort of sound system they own. Cerny confirmed that headphone implementation was mostly complete, with TV 3D Audio not far behind. Surround Sound implementation should follow after, but he did note this project will take a few years to perfect.

To wrap this up, the full specs are as follows (thanks to Digital Foundry for providing the full list):

Sony did not show off the console itself during the presentation, and the only mention of backwards compatibility that will come included was for the PS4 and PS4 Pro. This was very much a developer focused info-dump, so I’d venture to expect more consumer-friendly information to debut in the coming months, but if you want an easier to read article with all the details check out this excellent write-up from Digital Foundy. If you wanna see how this all stacks up against the Xbox Series X you can find the specs Microsoft recently shared in our article here.