PlayStation Plus Games for September 2021 May Have Leaked Early

It's a Great Lineup, But Is It Real?

PlayStation Plus Games for the month of September 2021 may have just been leaked on the french website “Dealabs”. User Billbil-kun alleges that the line-up will include Hitman 2, Overcooked!; All You Can Eat, and Predator: Hunting Grounds.

The September line-up of PlayStation Plus games is yet to be officially announced on September 1st, but of course, players and leakers wouldn’t pass up the opportunity to speculate or get ahead of the official announcement to create a buzz online.

Billbil-kun, the leaker, alleges that Dealabs would not have let his post go on without deletion if what he is posting is without merit or unfounded basis. He also says that the proof has been sent directly to the Dealabs team and has been verified by them. 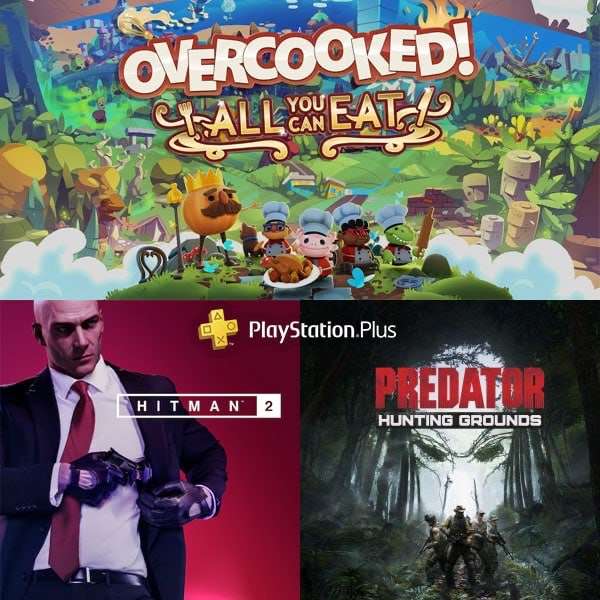 It is worth mentioning that these aren’t the first rumors surrounding the September PS Plus lineup of games. Last week rumors were being passed around alleging that The Medium is launching onto PlayStation 5 straight into the PS Plus. Bloober Team had to take to Twitter to denounce these false rumors since players thinking that the game will come soon to the subscription service might discourage them from purchasing the game.

The rumored PlayStation Plus September lineup is made up of Hitman 2, Predator: Hunting Grounds, and Overcooked! All You Can Eat is yet to be confirmed by any official PlayStation sources.

Players should expect the official announcement to come around September 1st, and to, later on, launch on the same day the current lineup expires on the first Tuesday of the month, September 7th.