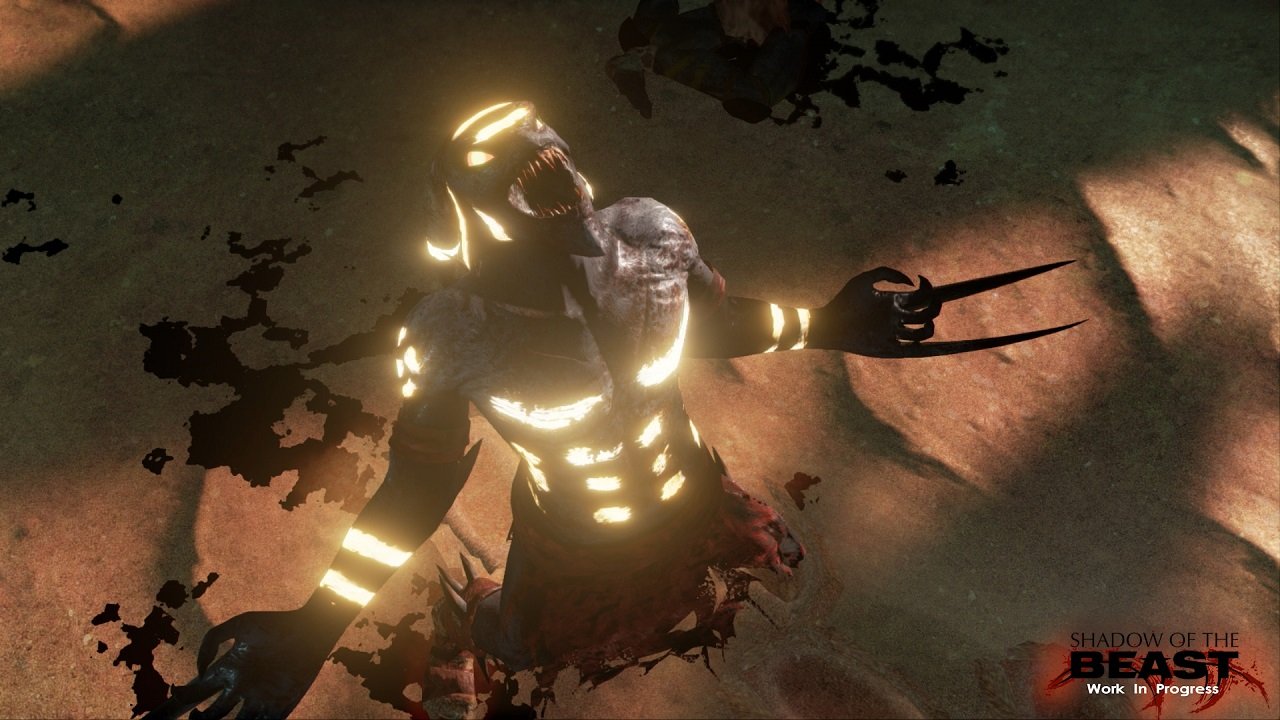 Looks like Shadow Of The Beast is still alive. The title, which made an appearance at GamesCom 2013 and has since gone dark has shown off some new screenshots.

Matt Birch, CEO and founder of Heavy Spectrum, the studio developing Shadow Of The Beast took to the PlayStation Blog to show off new screens and give fans an update on the title. He revealed the screens were very early ‘work in progress’ shots for the reboot of the Amiga classic. The game itself looks very bloody and characters look almost demonic. The main character, Aarbron is in most of the screens and Matt goes on to talk about him a bit in the blog.

“The screenshots you see here are taken from the harsh, arid wasteland that is Karamoon’s desert. The balance between beauty and brutality has been a running theme for us while we’ve been building the game. Our main character, Aarbron, was forged by the evil Maletoth as a living weapon — and his journey through this beautiful, vibrant world is a savage one. We’ve tried to find ways to bring both sides of this juxtaposition to life to create a unique and intriguing setting for the gameplay to live within.” The screens look great and are an interesting mix of colors and have a very beast-like feel to it. He goes on to talk about the gameplay fans can expect with the reboot.

“Alongside creating a range of sweeping vistas and strange creatures, we have also been busy refining the game’s core combat and platforming to try and find just the right blend to make a compelling experience for players.”

Shadow Of The Beast has no release date other than it being previously announced as a PlayStation 4 exclusive. No word on when the title will release but Matt Birch mentioned that they hope to have more news to share ‘before too long’.  Check out more screens after the break.

playstation PlayStation 4 Shadow Of The Beast
We're Looking For Contributors