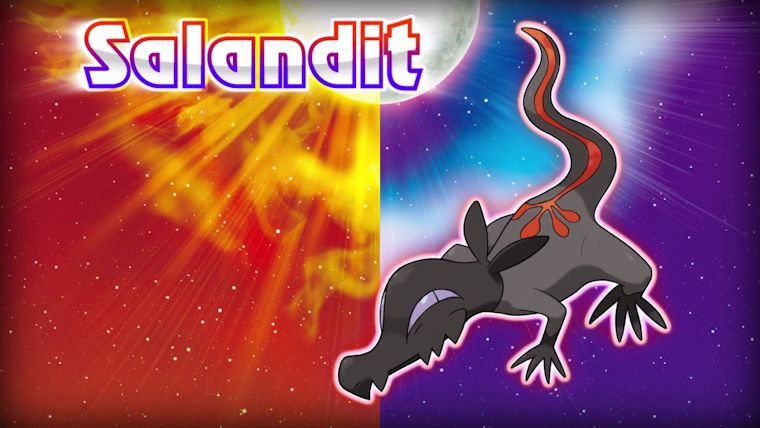 Pokemon Sun and Moon are the next entries in the long running franchise that is celebrating its 20th anniversary in 2016. With a new generation always comes plenty of new Pokemon and today has brought us yet another.

“Salandit emits toxic gas, together with flames, from the base of its tail. This poisonous gas has a sweet smell, and anyone who unknowingly breathes it in will become dizzy. Salandit is not a very powerful Pokémon, but its cunning nature allows it to battle fiercely by throwing its opponents off balance.”

What makes the Toxic Lizard Pokemon Salandit very special is his ability Corrosion, which allows him to poison both Poison and Steel type Pokemon, which is something not able to be done previously.

It is also revealed that female Salandit can emit pheromones that cause opposing Pokemon to come under their control, so it will be interesting to see how that is handled in battle as well.

Pokemon Sun and Moon will be releasing exclusively on the Nintendo 3DS on November 18.