The latest news in the world of video games at Attack of the Fanboy
March 21st, 2018 by Dylan Siegler 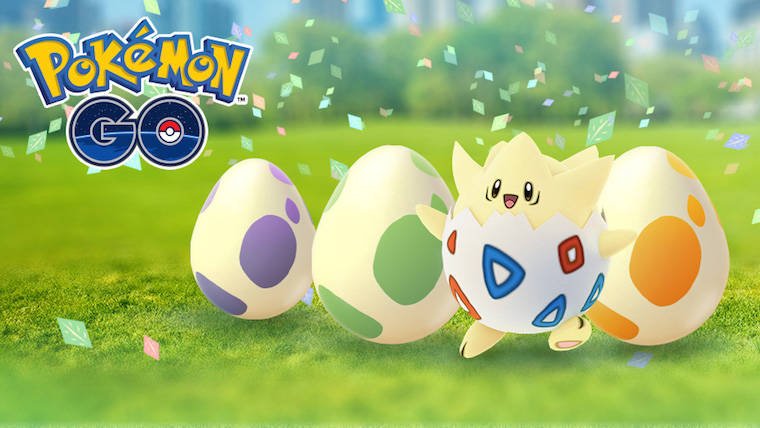 Around this time last year, Pokémon GO held an “Eggstravaganza” event, which caused numerous Pokémon that normally hatch from 5km or 10km Eggs to hatch from 2km Eggs instead for a few days. It was recently announced that Eggstravaganza events will become an annual event in Pokémon GO, with Eggstravaganva 2018 starting soon.

In the official announcement, it is stated that 5km and 10km Pokémon will hatch from 2km Eggs from March 22 at 2:00pm PST/5:00pm EST to April 2 at 2:00pm PST/5:00pm EST, theoretically to coincide with Easter. Trainers will also receive 2km Eggs from PokéStops more frequently during this time. A few Pokémon in particular will get increased hatch rates, though the only ones confirmed to receive increased rates are “Pokémon like Togepi and Pichu.” It’s probably relatively safe to assume that “Pokémon like Togepi and Pichu” means Baby Pokémon, which can only be obtained through Egg-hatching, so players may have an easier time hatching Cleffa, Igglybuff, Magby, Elekid, Azurill and Wynaut.

Additionally, hatching Eggs during Pokémon GO‘s Eggstravaganza will result in receiving more Candy than usual and all Stardust earned will be doubled. There will also be special boxes available in the game’s in-game shop that will contain items such as Super Incubators, making it easier to hatch more Eggs quicker, and Star Pieces, which allow players to receive even more Stardust.