Increased spawn rates and extra Gym bonuses are on the horizon. 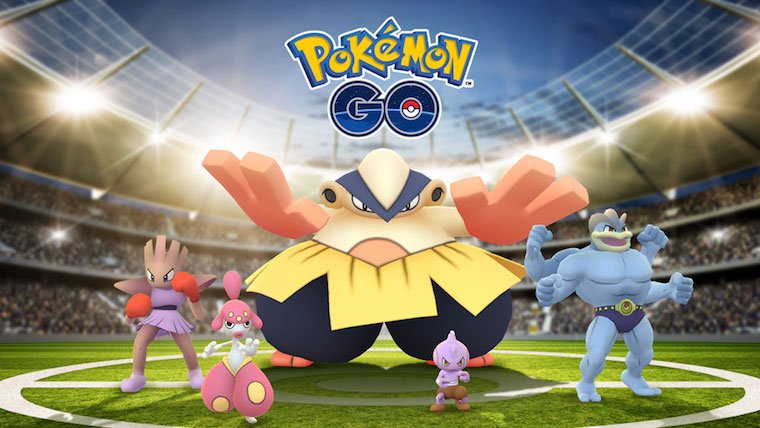 Pokémon GO is not letting up with events. Their Earth Day event, which saw increased spawn rates for Grass, Water and Ground-types, recently ended, and now they’re gearing up for a Fighting-type event, slated to start later today (May 1).

The official announcement states that from May 1 at 1:00pm PST/4:00pm EST until May 14, Fighting-type Pokémon will have increased spawn rates in Pokémon GO. This event will also feature a ton of Gym bonuses. During the event, players will receive twice as much XP than usual for participating in Gym Battles and Raid Battles. Additionally, players will be guaranteed to receive 3000 Stardust for simply participating in Raid Battles and will receive at least one Rare Candy for winning a Raid Battle. Players will also receive more items from spinning photo discs at Gyms, regardless of whether that Gym is new to them or if it’s one the player visits regularly.

Below is a full list of Fighting-type Pokémon that are currently available in Pokémon GO, many of which are likely to receive increased spawn rates over the next couple of weeks while this event is taking place: