Pokémon GO Fest 2021 – Every Legendary Pokémon will Return to Raids

Every Legendary Pokémon that has appeared before will return 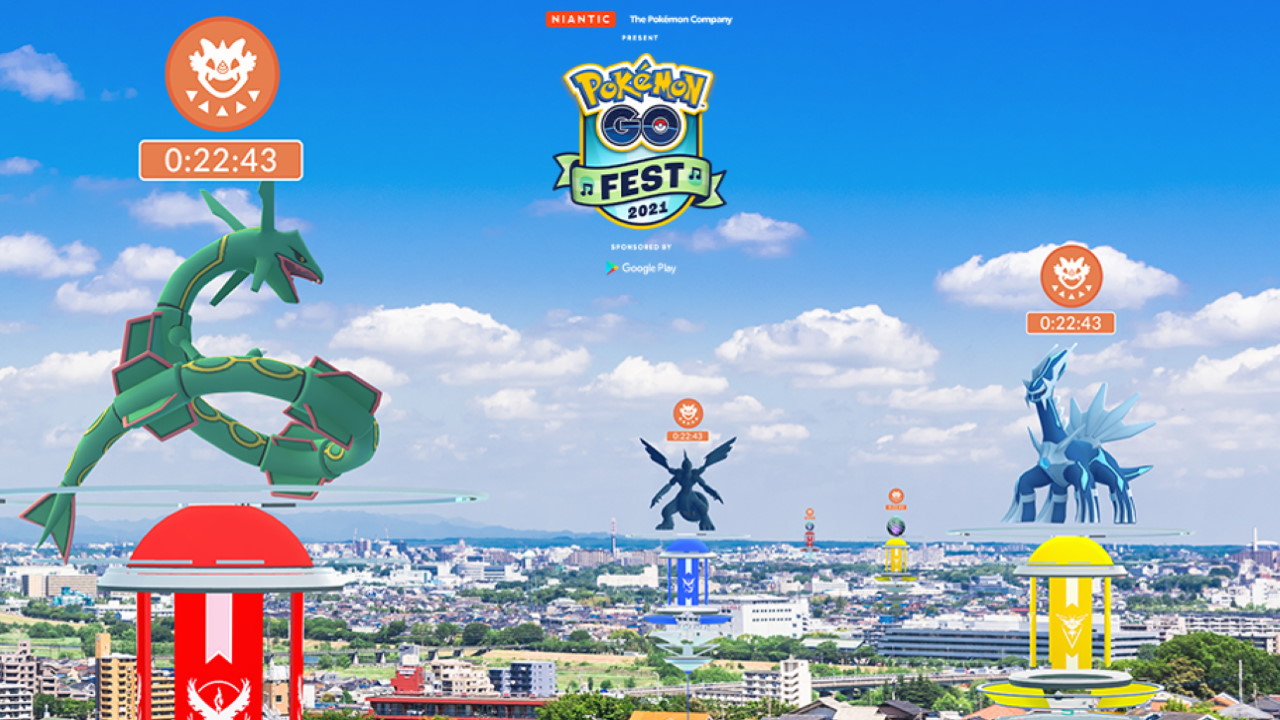 Pokémon GO Fest 2021 just got a whole lot more interesting with the announcement that every single Legendary Pokémon that has featured in the game so far will be returning to five-star raids during the event. The massive release of past Legendary raid bosses will happen on Sunday, July 18th for the raid portion of the event. Players will be able to hit their local gyms to fight and catch such fan favorites as Mewtwo, Reshiram, and Dialga, but only for a limited window of time. Here’s when you can catch all of the returning Legendary Pokémon during Pokémon GO Fest 2021.

Raid day during Pokémon GO Fest 2021 will take placy from 10am to 6pm in your local time on Sunday, July 18th. The day will be split into hour long segments, which will repeat during the second half of the event. During each hour a new set of themed Legendary Pokémon will be spawning at nearby gyms for you to battle against. However, Mythical Pokémon will unfortunately not be included in the event. You can see the schedule below.

This isn’t all that players will be able to enjoy during Pokémon GO Fest 2021. There’s the first catch themed day on Saturday, of course, but along with the above the Raid day will also have additional bonuses. Players will earn an extra 10,000 XP when winning a raid battle and will collect up to 10 free raid passes by spinning gym photo discs. Timed Research will also be available that awards more raid passes, and a free event bundle will offer three Remote Raid Passes as well.

You can buy the Pokémon GO Fest 2021 ticket right now for $4.99 or your local equivalent.