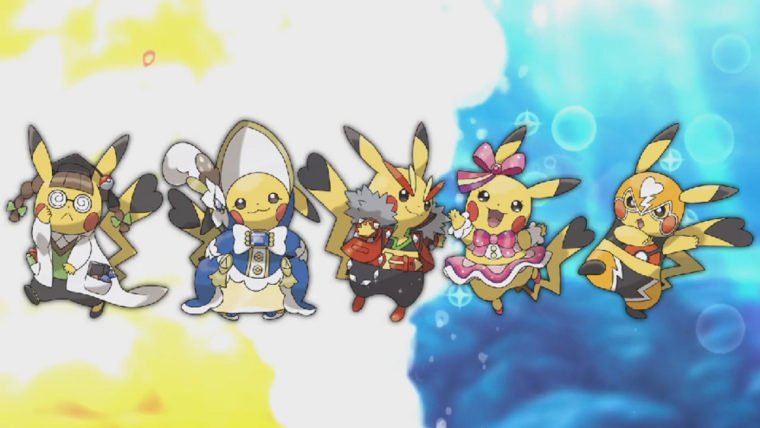 This Pokemon Omega Ruby and Alpha Sapphire video shows off a bunch of new additions being made to the 3DS remakes of the Game Boy Advance classics. Of course, we already knew about the secret bases, and the addition of a new mega evolution for Metagross was revealed in a Japanese magazine, but now we get to see them in motion. On top of that is the revelation that you will be able to dress your Pikachu, or possibly any Pokemon, up in various costumes.

Seeing Mega Metagross in action really does solidify how cool of an addition these new mega evolutions are. Transforming from a four legged behemoth, to a hovering, four armed, mega-behemoth is exactly what mega evolution is all about.

The other major revelation, that of Pikachu costumes, will probably cause a major meltdown in certain sections of the Pokemon community. Obviously Pokemon and cosplay go hand-in-hand, so adding it in the game, along with Pokemon X & Y’s already great Trainer customization, will surely please fans. The trailer specifically mentions and shows the costumes for Pikachu, but presumably you’ll be able to do this with more, if not all of your Pokemon.

Along with these big announcements, the trailer gives our first look at the gym leaders that will feature in the game. The new art and character designs are an obviously huge improvement over their Game Boy Advance counterparts. Two of the Elite Four were also shown, namely Sidney and Phoebe, along with a few shots of their battles.

Pokemon Omega Ruby & Alpha Sapphire are coming to 3DS and 2DS on Novemeber 21st in North America, Australia, and Japan, November 28th in Europe. The game is a remake of Pokemon Ruby & Sapphire from the Game Boy Advance using the same engine as Pokemon X & Y.