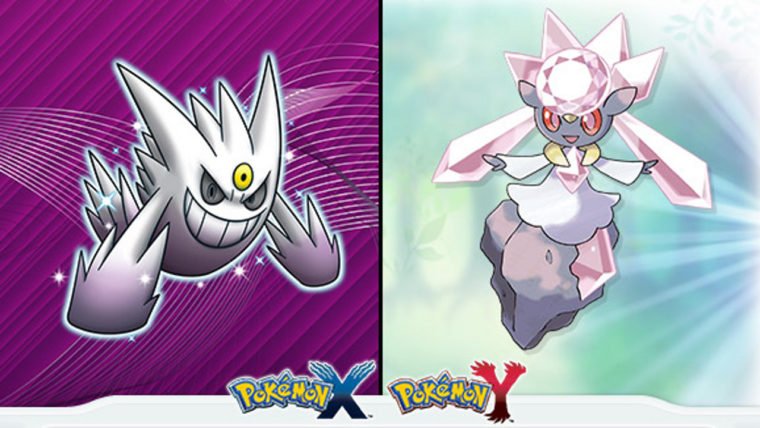 According to a press release from Nintendo, as reported by Nintendo Everything, Gamestop will be hosting two special events next month for Pokemon X and Pokemon Y owners. From October 13th until the 26th gamers can stop by their local Gamestop and download a Shiny Gengar. Then from October 27th until November 26th they can swing by again to get Diancie, a brand new Pokemon being added to the game.

To get your special Pokemon you just need to head into a Gamestop store in the US. They will have special codes to hand out, which you can enter into your game to download the Pokemon. There is no word on how limited supplies will be of the codes so it would be best to get it as early as you can just to be sure.

The Shiny Gengar that you get will be holding a Gengarite Mega Stone, which will allow you to Mega Evolve him during battle. Diancie won’t be holding the stone needed for its Mega Evolution, but you can get the Diancite Mega Stone in Pokemon Omega Ruby & Alpha Sapphire when they release this November. The wording is strange, but it seems like you will get the stone simply by trading Diancie into the new games.

The full press release is below:

Additionally, players can get the long-awaited Mythical Pokémon Diancie for Pokémon X or Pokémon Y at participating GameStop locations in the U.S. from October 27 through November 16, 2014. Once players receive Diancie via the special in-store code card distribution, they can transfer it into Pokémon Omega Ruby or Pokémon Alpha Sapphire when the video games launch November 21, 2014, for the Nintendo 3DS family of systems. After obtaining the Diancite Mega Stone in the new games, players can Mega Evolve Diancie into Mega Diancie during battles. When players pick up the Shiny Gengar and Diancie distribution code cards at participating GameStop locations, they can also preorder Pokémon Omega Ruby and Pokémon Alpha Sapphire.