The latest news in the world of video games at Attack of the Fanboy
July 23rd, 2016 by Dean James 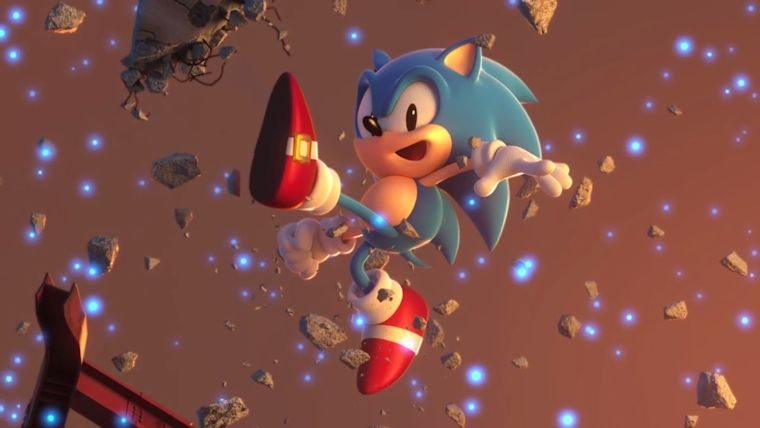 Sonic Mania was announced last night as a classic Genesis-like take on the Sonic the Hedgehog franchise, but that was only the appetizer of the announcements during the Sonic 25th anniversary special as they also gave us a trailer for what looks to be a sequel to Sonic Generations.

Known as simply Project Sonic 2017 for now, this new game starts off with Modern Sonic in a very ruined city. However, what gets exciting is when he gets a little help from a friend, Classic Sonic.

Unlike Sonic Mania, this game is coming directly from Sonic Team, advertised in the trailer as coming from the developers of Sonic Colors and Sonic Generations, which were two of the best Sonic games in a long time.

The enemy appears to be some giant robot here, which could be very well be something related to Dr. Eggman, with the trailer ending with the tagline “Join the Resistance.”

Unlike Sonic Mania that is only on PS4, Xbox One, and PC, Project Sonic 2017 will be coming to one additional platform, the Nintendo NX. This mysterious platform has very few games announced for it, so it’s interesting to learn that this game is coming to it. For those that want to get a little taste, you can check out the trailer for the game below as we await the release of the currently named Project Sonic 2017 in Holiday 2017.