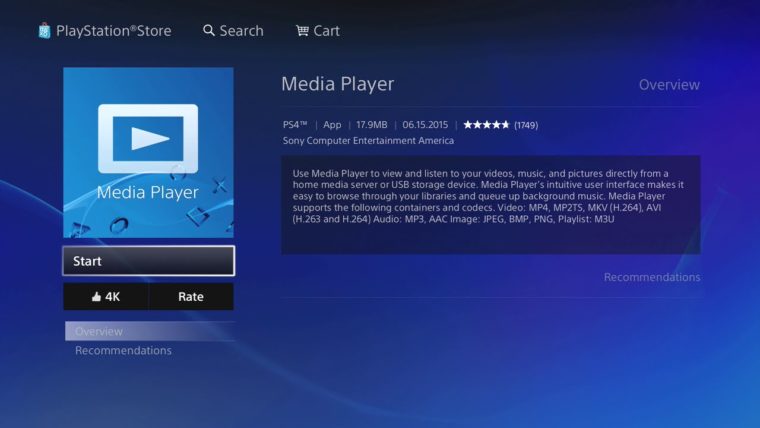 The media player for the PS4 console received an update earlier this week. It brings in a few new features that also makes the app more stable.

The update patch for the media player was noted by a person on Reddit. Some patch notes for update 1.50 have also been added too. The new features should be helpful for those that use the media player on a regular basis on their PS4 console.

The patch notes for the media player are: “Arabic is now supported, The closed captioning feature for videos has been improved, [Display Mode] has been added to [Videos], The location of media in [Recently Played] and [Favourites] can now be displayed and Stability during use of some features has been improved. ”

The media player app was released earlier this year and is a feature that came roughly 18 months after the PS4 launched. It’s quite weird that the console did not have a media player when it first launched. Now people can plug their USB devices to listen to music, looks at pictures and view videos.

Hopefully some new features are added to the media player in the future too. More languages would be beneficial for people that are living in other countries.