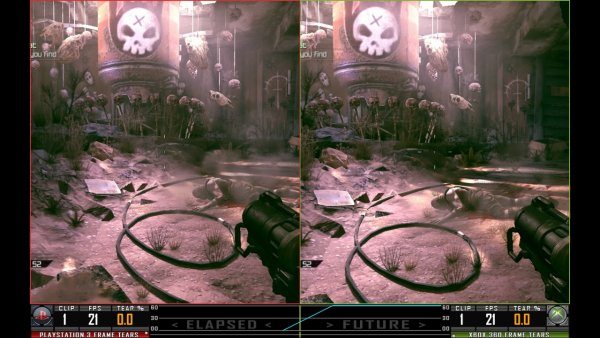 Have you had the opportunity to play id Software’s latest in RAGE?  Perhaps you are planning on picking it up this weekend and hitting the wasteland for some mutant splattering action.  Perhaps further you own both consoles, and want to pick the best version?  Well lucky for you, our friends at Lens of Truth can help you out with this dilemma.

The guys at LOT have just completed their in-depth analysis of RAGE on the Xbox 360 and PlayStation 3.

Where Shawn, Jamie, and Jason found: “This was a very close and unique Head2Head when compared to the past.  Both versions are well worth the money, but officially the 360 version will be squeaking by with a VERY close victory.  Much of this choice will be a matter of personal taste.  Are you willing to accept a few more pop-ins for a smoother frame rate, or are you willing to sacrifice those frames for a slightly more polished visuals?  In terms of scoring, this is a 360 win when it comes right down to it.  When it comes to which version you should buy, it all depends on what you as a gamer want in a product as both versions have their pros and cons.”

For the full breakdown head over to the Lens of Truth site (link below) for detailed analysis, screenshots, and more.