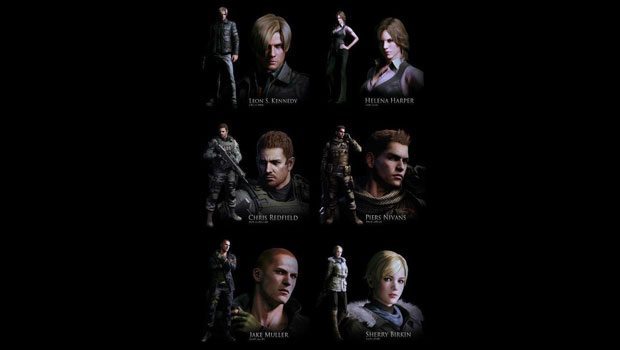 A new image of the main characters for Resident Evil 6 has surfaced via Capcom. Resident Evil 6 will feature three differing campaigns that features teams consisting of the following characters. Players will control Leon Kennedy and Helena Harper in a traditional Resident Evil survival horror experience. Or an action oriented experience that features the likes of Chris Redfield and Piers Nivans in ravaged streets of China. Finally, new comers to the franchise will headline a different sort of experience where Jake Mueller and Sherry Birkin rely on melee tactics to make it through the zombie outbreak.

Capcom is definitely got something for every taste in Resident Evil 6, but little has been seen of the actual game since it was announced some time ago. Capcom will definitely be highlighting the title at this year’s E3, and we’ll likely get more information about the game there.

Resident Evil 6 is due out this October on the Xbox 360, PlayStation 3, and PC. 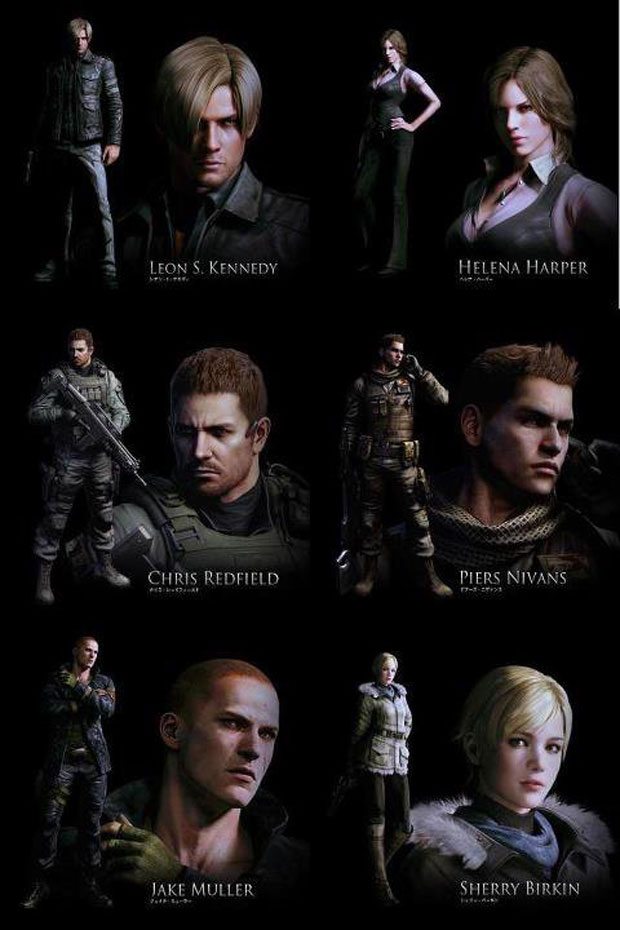