The latest news in the world of video games at Attack of the Fanboy
October 14th, 2016 by Kyle Hanson 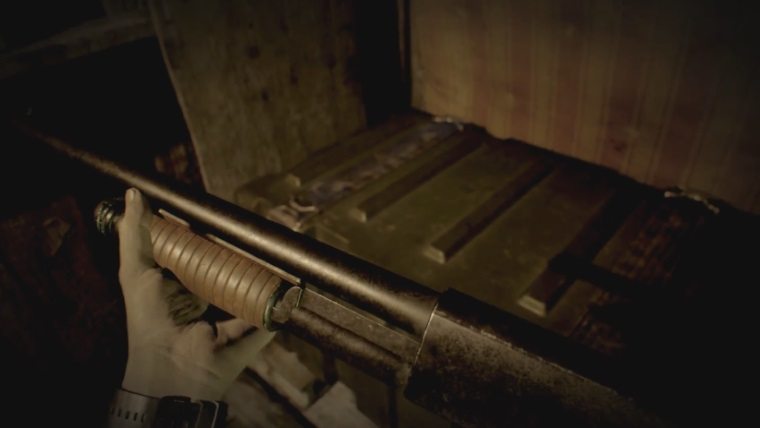 Despite having released two demos and a bunch of trailers, gamers know very little about Resident Evil 7. The game is said to exist within the franchise’s already established universe, though where, when, and who will play the starring role has still been shrouded in mystery. Along with these larger questions, gamers have also wondered how far it will stray from the series’ core tenets. With a new trailer we have just discovered that not everything is brand new, with Resident Evil 7 still featuring classic weapons, some form of combat, and the iconic storage boxes from the series past.

Two new trailers were actually released today, titled Vol. 1 and Vol. 2. The trailers are both extremely short, featuring just about 30 seconds of new footage from the highly anticipated horror game. The first is more of a spooky video, presenting the player with a ringing phone that they answer, receiving a dire warning from the woman on the other end.

It’s the second trailer that is more important for longtime fans. Resident Evil 7 shifts things to first-person, and has seemed to push away from the action heavy focus of later entries. Some fans wondered if there would be combat at all, and if inventory management would still be a gameplay factor. This trailer confirms that it will, showing the player retrieving a shotgun from a storage box. It then warns that ammo will be scarce, so be careful how you use it.